I Want to Play Board Games: Which Game to Choose?

Why do we play? Emotions. For their sake, we shoot and run in shooters, break our heads over winning tactics in strategies, study the capabilities of heroes, and so on. However, not only video games can give us an avalanche of new sensations. Today we will take a look at the next door from the galaxy of the galaxy and go on a journey through the amazing lands of the board games. Be careful, the doors open!

“Munchkin” – dashing parody of everything

The rules of the reckless Munchkin game are an artistic jumble of step-by-step and card canons: cards, doors, levels, clothes, and races. But believe us, having gathered a friendly company of five to six people, in half an hour you will turn into a crowd of insanely laughing paranoids. The creators of “Munchkin” masterfully woven into the process the opportunity to help both rivals, and inflict sneaky stabs on the back. The complexity of the combinations and rules sometimes turns the interpretation of the moves into a Gordian knot, which the authors propose to chop … with an uncompromising dispute and squabble. You can read about other interesting board games here.

Briefly about the rules. To win, you need to get to the tenth level of the character, starting, respectively, from the first. Levels increase after battles with monsters, activating special cards or selling equipment for a certain amount. The game has two decks, “doors” and “treasures”, plus a single die, which helps to make decisions in difficult situations. Each turn is divided into several stages: first, the door to the dungeon opens with a task, and then (if lucky) the reward from the treasure deck. The outcome of the fight with the monster depends on the strength of the player and his hairy-toothed opponent. That’s when the main fun begins: other participants can intervene in the outcome of the duel, supporting one side or the other. The higher the level, the more likely to get a sneaky blow surreptitiously. In case of loss, the player is exposed to the “obscenities” indicated on the monster card or tries to “escape” with the help of a die.

In most card games and games in general, dishonest behavior is reprehensible and is punishable by universal condemnation. In Munchkin, cunning and vileness (albeit in a comic form) are fully encouraged. Moreover, the game has the rule “The owner of the deck is always right,” prescribed by the creators of Munchkin.

Munchkin is a great way to dilute the boredom of a company of young people with a good sense of humor!

The Settlers of Catan – colonize everyone completely

The legendary game “Colonialists” from the German dentist Klaus Teiber has been delivered to store shelves since 1995 and managed to scatter in circulation of 22 million copies. The gameplay is reminiscent of the good old Civilization: a hexagonal island on which the settlers have to build cities, hire armies and fight for the right to own the lion’s share of all territories. Each applicant for the throne to win must score ten victory points. For the settlement they give one point, however, the construction requires resources and it is necessary to get them with the help of capricious Fortune. At the beginning of the turn, the player rolls a couple of dice, determining which materials they will get. The surplus is spent on trade, but it is necessary to negotiate the exchange of wood for clay. And before that, to connect cities with roads, because building another settlement is allowed only at the intersection of the same paths belonging to the same participant.

“Colonialists” – an old game in which much is given to chance. Catan has more modern alternatives, but the classics still live and thrive thanks to a timely redesign and constant updates. We would recommend to novice board game lovers to get it into the collection as early as possible, since the lack of experience and skill is easily leveled by the notorious element of chance.

Dixit has won millions of children’s hearts around the world and inspired board game developers to create multiple copies. The essence of the game comes down to the fact that with the help of cards with pictures the leading player makes a guess of a certain word or phrase, and other participants must guess the association with their own cards. In the original Dixit project, the illustrations are designed for children, while in the Imaginarium, the drawings include naked figures, politicians and various forms of negative emotions such as pain or violence. The game has five fields with associations.

The distinctive feature of “Imaginarium” is the cards themselves – several artists worked on them at once, so they look different and very quickly cut into the memory. It cannot be said that the game is revolutionary in nature – there is too much in common with Dixit and other alternative games, but the project is incredibly charismatic and bright.

On this, our today’s journey ends. It is necessary to recognize that we have not opened the door to the universe of Board games for you, but only allowed you to look into the keyhole. Good, interesting board games are much more than could fit in a single article. That’s great! 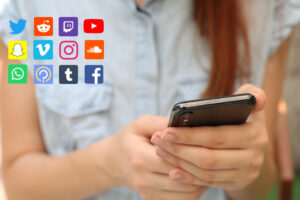