Which Casino Games Developers Are Best?

When it comes to online casino games, it is not the casino operators themselves that create the games. Instead, in a manner similar to the developers of video games, software developers around the globe will make these games and license them out to different casinos. As you might expect, some are more successful than this than others and we arrive at a scenario where casinos are jostling to get the developers on their sites. That makes healthy competition and ensures the industry remains robust and innovative.

But which of these developers is best? Is there any that casino players see as a mark of quality? Everyone will have different tastes and there are dozens and dozens of different developers. Microgaming is usually cited as the world’s first online casino games developer, and probably has the most content out there. Yet, its dominance is regularly challenged by developers like Scientific Gaming, NetEnt, Bally and Playtech. The latter has become so important that it is listed as a FTSE  250 company on the London Stock Exchange.

Branding of games is important

Arguably the most important of the trio – certainly when it comes to creating the most common casino game, online slots – are Microgaming, NetEnt and Playtech. Between them, this trio has created the backbone of most of the major online casino sites around the world. In that case, Casino.com might be the ultimate slots site, as it hosts 100s of games from those developers. Games like Age of the Gods, Starburst, Thunderstruck II, Gonzo’s Quest, Frankie Dettori’s Magic Seven, Gladiator, Jurassic Park and Dead or Alive will sit prominently in any online casino that stocks them.

While you might think that there is no difference between casino games, the styles of these developers are very different. Playtech, for example, is credited with being a pioneer of branded slot games. This means they agree licensing deals with everyone from movie studios to rock bands. You can see evidence of this in Playtech’s tie up with Warner Bros. to create games based on Superman, Aquaman and other DC Comic superheroes. NetEnt, meanwhile, is arguably more focused on creating games with original animations and innovative designs, although it too brands its games with elements of pop culture. As for Microgaming, they are arguably somewhere in between.

Competition is good for the industry

In that sense, there is no clear winner here, as some casino players will enjoy branded games with crossover appeal, whereas others might like NetEnt’s swathe of games with original animations. Market forces are important here too, as developers are forced to react to innovations from their rivals. For example, all three of those developers have brought out competing jackpot games that often reach $10 million+ for the grand prize – Jackpot Giant (Playtech), Mega Moolah (Microgaming) and Mega Fortune (NetEnt).

Of course, there is plenty of competition from other developers. Scientific Gaming and Konami are huge companies. You will often see their wares on the casino floors of Las Vegas and Macau, although they do have a big presence in the online industry too. As for live dealer casino games, these require software solutions too, and we would argue that Evolution Gaming, NetEnt Live and Playtech are the most important providers here.

All in all, there is a really robust industry in creating online casino games. The key is that there is lots of competition and the likes of Playtech and Microgaming could one day be challenged as the top dogs by other developers. However, when we go back to our original question of which developer is best? The fact we can’t come up with a sure answer is a good indication of the state of the online casino industry. 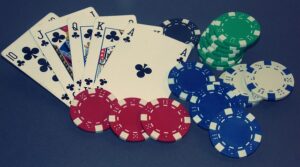