Fashion is often heavily influenced by the designer’s personality and the ongoing trends in our society. But every now and then something fictional manages to catch our eye that wows us and manages to make its way into our wardrobe.

Animal prints, furs, and long coats are a good example of this from the early days. Personalities like Elvis, Liberace personified outrageous fashion that took the world by storm, and Hollywood Movie Characters haven’t been behind either.

Let’s take a look at some Hollywood characters that had a long-lasting impact in the world of fashion.

Ben Stiller stars as the flamboyant and ridiculous Derek Zoolander in this 2001 classic that changed fashion forever. His eccentric clothes, eye for detail and of course Prime Minister saving skills won the world over. From shiny metal printed tracksuits to snakeskin suits, Derek Zoolander did it all. Animal prints were once again back in business with a new sense of style, all thanks to this character. His dichromatic pyjamas to hit the streets and ended up selling like hot cakes, carving the way for more high-end minimalist designs that we see today and including the new modernized hammer pants that are all the rage.

Not eccentric but definitely classy, Jacob Palmer’s look more or less changed the way men wore their suits. His casual yet formal enough monochromatic choices help instill his character throughout the movie. Portrayed by Ryan Gosling as the go-to guy to teach you how to charm girls around the world, Jacob Palmer surely had a huge influence when it came to suits in 2011.

Talking about suits, we can’t miss out on James Bond. From Sean Connery’s iconic bowtie to Pierce Brosnan’s loosely styled suit, James Bond has managed to define the ultimate style of wearing a 3 piece every time a new movie came out. But this was different, James Bond Casino Royale shook the world of fashion in the easiest way possible. They kept it simple. From glossy fabrics to undertoned blacks, everything about Daniel Craig’s look in Casino Royale screamed dominance. The Daniel Craig look was a new rage and everyone was selling and wearing it when it theatres in 2006.

A traditional girl usually unnoticed by the film’s protagonist often undergoes a makeover that turns her life around. She’s more confident, has a better social life and moreover, the guy she likes can’t stop gushing over her. Sandy Olsson defined this ‘movie makeover’ with her changed look in the movie Grease back in 1978. Considered a teen classic, Sandy Olssons fashion choices influenced millions of people all around the world back in the 80s. Her tight leather pants coupled with a leather jacket, blown-out hair, cat eyes and everything black became a sensation of the era.

Credited by the movie’s stylist himself, Annie Hall seems to be the creation of Diane Keaton herself. Imagine a dainty yet confident woman dressed in loose pants and waistcoat and you will start seeing what I mean. Paired with a bowler hat, her look made her stand out of the crowd while portraying something mysterious about her. Annie Hall made it fashionable to be messy and clumsy and the world followed. Her long ties, paired with wild scarves, oversized jackets and cowboy boots was reported to have been worn by women for years to come.

When you’re in a show with 2 other gorgeous women and a colorful world, you have to be at the top of your game to be in the public eye. And Carrie Bradshaw’s outfits in Sex & the City managed to do just that for her. She wore everything, from fur coats to crop tops and her clothing represented the character she was in the show. Never over the top, but always pushing the limits, the character of Carrie Bradshaw is more or less responsible for the latest revolution in the world of women’s fashion. Her looks are immortalized in numerous clickbait lists and fashion tutorials on YouTube, making her one of the biggest fictional characters to influence the world of fashion.

Better known as Andy Sachs, she is played by Anne Hathaway in The Devil Wears Prada which in itself is touted for its amazing fashion choices and iconic outfits. Owing most of its fame to Andy Sachs, the character brought back in style numerous outfits that every woman be it outgoing or introverted could relate with and incorporate it. From long trench coats to subdued blacks in all her dresses, Andy managed to be the influence for many with their fashion choices, even today.

Eddie Murphy chasing bad guys was the best thing in entertainment when Beverly Hills Cop hit the theatres in 1984. His tough-guy look coupled with his colorful baseball jackets, baggy jeans and gold chains made him the fashion icon for every youngster out there. The fashion on the streets changed in a way it had never changed before, and it happened overnight. Even hip hop was influenced with many artists taking from the look and carrying forward in their own style.

When Friends first debuted in 1994 it didn’t take long for everybody to take a liking to Rachel and her fashion choices. Her hairstyle particularly became the rage among young ladies back then who overnight decided to sport the same. But soon everybody started hailing her as the queen of layering, and for all the right reasons. From flip flops to leather boots, Rachel has sported it all in the same show and never looked out of place. Her work clothes too had a huge influence on the way corporate women dressed back then. Her tight fitted suits paired with long coats was a style that soon started featuring in magazines and before you know it, Rachel had become one of the biggest fashion icons in the 90s.

Who can forget Maverick’s iconic aviators from Top Gun? Paired alongside a leather jacket with patches, a white round neck, plain denims and a bike, the look raced through young men’s heads like a jet airplane. Everybody wanted them, aviator sales went through the roof and maverick was on most billboards. The trend took over the fashion world and has since survived in its own way. White round necks and blue denims have become a classic whereas patched jackets have become the choice of style for most musicians nowadays.

From his loose-fitting 3 button suits to Hawaiian shirts that were tucked into his white pants, Tony Montana made being a gangster look good in all the right ways. Always with a cigar in his hand, Tony would often opt to complete his look with a pair of Carreras that are now known as the iconic Tony Montana sunglasses. His loose shirts and pants soon caught on in the world of fashion and were a hit for many years to come. The iconic sunglasses on the other hand are still very much in trend and are even sold by Carrerra till date by the name of ‘5622 Tony Montana’s’.

Pretty Woman is one of the most appreciated films of our latest times and deserves to be among the classics. Vivian Ward played by Julia Roberts is the protagonist who managed to change the way many girls looked at their wardrobe back in the 90s. Pairing everyday items to make something new, Vivian Ward managed to capture the fashion world’s attention with every outfit she wore. Shoulder pads, Perma, polka dots, denim hot pants, white tanks, there was nothing Vivian Ward couldn’t carry off. And she became immortalized in the world of fashion for her choices.

The 70s was all about disco, and if anybody defined the glamour and showbiz of disco for the ladies, it was Michelle Pfeiffer as Elvira Hancock in Scarface alongside Al Pacino as Tony Montana. Her deep necklines and backless choices paired with shiny vibrant materials were the talk of the fashion world as soon as the movie released. She was elegant yet bold which came as a surprise to the world and soon every woman wanted to be like her.

If anybody defined being fashionable, rich, powerful and evil, back in the 80s it was Alexis Colby from Dynasty. From fur coats to eccentric hats, Alexis Colby sports it all through boardrooms and bedrooms without losing a pinch of her confidence. This in turn is what made the character super iconic, who doesn’t want to look outrageous when you are doing outrageous things.

Keeping in line with powerful women that dress outrageously and look good while doing it, we have Cookie Lyon from the hit tv series Empire. Considered a modern-day version of Cruella De’ville mixed with Liberace and a whole lot of Devil wears Prada, Cookie is the fashion icon for most women in today’s world. Apart from obsessive blogs and outfit lists, the internet is also filled with replica outfits from the show that are available for sale. Her choices managed to bring back fur and designer hats into the world of fashion and she looked good while doing it.

Kelly Garett was in the first Charlie’s Angels movie, and she managed to have a huge influence on the world of fashion through her simple yet excellent choices. Her big shades paired with crop tops and bell bottoms became an everyday classic of every youngsters wardrobe. Her color choices made her the star of the series and she came to be remembered by many for her iconic outfits.

The good thing about bratty rich women who like to shop? They are excellent at fashion. And although most people might remember Hilary Banks for her annoying antics in the Fresh Prince Of Bel Air, her outfits were the talk of many fashion magazines as the show went on. She soon came to be idolized by many young women as she sported her designer hats with formal suits and designer shoes.

Have you ever wondered who made white pants on the beach iconic? Who made well-fitted suits paired with a wayfarer the way to go for many men? Thomas Crown in Thomas Crown Affair is your culprit. Played by Steve McQueen, this 1968 classic managed to capture the world of fashion for all the right reasons. People were bored by the box style suits that had been going on for many years and McQueen’s well-fitted choices were a huge relief for many. Add to that his colorful choices, chequered patterns and tinted sunglasses on a sunday beach and you have the perfect outfit that can become iconic for generations to come, and that is exactly what followed. The movie became a classic, and his look iconic.

What did you think about our choices? Did we miss any that you had in mind? Feel free to share your icons with us in the comments section below.

Mohan is a Junior Associate at Swag Swami, an online E-Commerce portal for creatively designed T Shirt dresses in India. He is also an avid gamer who spends his free time logged into Steam. He also practices Yoga and meditation regularly and teaches Yoga at the Cosmopolitan Center in India. 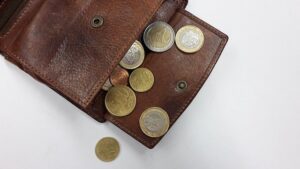 9 Things to Know Before Purchasing Your First Leather Wallet 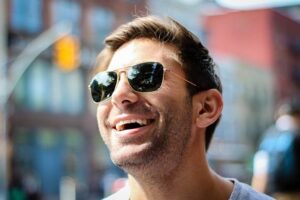 A Summary for Top Sunglasses Trends in 2021 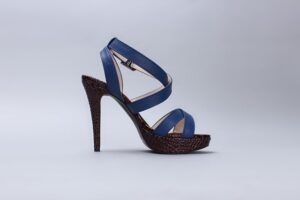 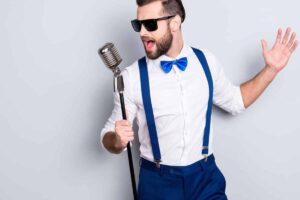 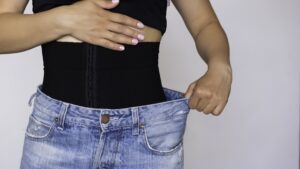 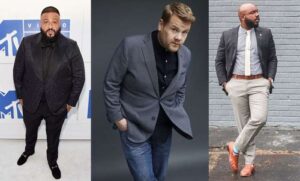