Top Programming Languages to Consider for App Development in 2021

To solve that, we are discussing a list of the top eight programming languages along with their unique features and project suitability. If you think you might find this information useful, you should keep reading until the very end of this blog.

JS or JavaScript is a programming language used in almost 97% of websites and web-based applications. The JavaScript language contributes to the development of apps with visually appealing UIs and UX. JS is also used in building complex mobile apps along with the integration of the elements such as 2D/3D elements, interactive maps, animations, etc.

This high-level programming language is a perfect coding method for interactive development needs. The language is dynamic and has a simple syntax. Moreover, Python enables developers to create crucial actions and movements with less amount of coding required. Developers can also re-use scripts written in Python or integrate them into multiple applications.

The open-source programming language is 100% free to use and can be used with Java anywhere. The programming language comes with powerful features and a clean development design. Currently, app developers are using Kotlin mainly to build mobile apps for Android phones. Moreover, Google has also announced that Kotlin is one of the official languages used for Android development.

As you must have the idea already, HTML is a programming language used to build structures of websites, software, or mobile applications. HTML5 is the latest version of the same that gives more freedom to developers. At this stage, HTML5 allows the embedding of videos and audios with the help of a new tag included in the HTML5.

PHP is the programming language used for developing server-side backends of web pages. PHP has open-source frameworks, therefore, they are 100% free for users to use. You can use PHP for databases built with MySQL, Oracle, Sybase, and Informix among others.

Java has a history with the Android platform that goes back to 2008. When Android was launched, Java was adopted as the first language to create mobile applications. The language compiled with “bytecode” uses Java Virtual Machine (JVM) running on the Android OS.

if you go through the features of these programming languages for mobile app development, almost all of these languages are open-source and free to use. However, a few apps such as Swift have limitations like the development of iOS-specific mobile apps. On the other hand, programming languages such as Java are useful to build apps supporting multiple operating systems and devices. Now, because of its user-friendliness, Java isn’t only very popular but was also the first language Android OS adopted to build its mobile apps.

A few years back, due to the limitations of devices and Operating systems, the development process had its limitations. However, programming languages are used to build apps with better capabilities and visuals now as devices are evolved and the internet is more accessible as well. If we go through the latest trends, the culture of building server-based applications is boosting as well. Therefore, programming languages such as Kotlin will witness improved popularity shortly as well.

Author bio – Andrea Laura is a very creative writer and active contributor who love to share informative news or updates on various topics and brings great information to her readers. Being writing as her hobby, Andrea has come out with many interesting topics and information that attracts readers to unravel her write-up. Her content is featured on many mainstream sites & blogs.

Why is Flutter the New Spark in Mobile App Development? 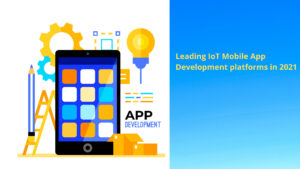 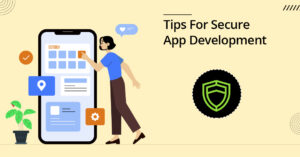 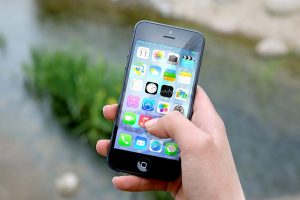