Why Do Developers Believe Kotlin is Second Official Language for Android App Development?

More than a year ago, Google announced a Kotlin programming language to be its choice language for Android app development. Since Google embraced this Kotlin-first approach continued to become famous and eventually emerged as the definitive solution for current Android app projects for several reasons.

What Exactly is Kotlin?

Starting from 2017, Kotlin programming language in the Google ecosystem has experienced a massive rise in popularity and demand. The language already has garnered a reputation as a pragmatic, intuitive, and highly equipped language for Android app projects.

Kotlin is a programming language with a better syntax that supports Java Virtual Machine (JVM) and JavaScript. It is a general-purpose language and offers all the functional aspects to ensure Java interoperability.

The Kotlin language was developed for maximum productivity in Android projects. The language is also known for enhanced coding experience for optimum performance. This is why in markets with maximum demand for productivity and output, Kotlin has quickly outpaced Java. For example, projects of Android app development in India mostly use Kotlin. This is helpful because of Kotlin’s interoperability with Java for all existing apps.

A key focus area of Kotlin is support for app projects involving mixed language coding. Kotlin is also known for better syntax, particular and precise expressions, and easy abstractions. Kotlin, when used with Java in the Android app project, it can minimize the use of boilerplate code, making the app lean and lightweight.

Has Kotlin Brought an End to Java?

Though the Kotlin revolution is still underway, the app developers worldwide harbor a mixed opinion regarding Kotlin. While many developers just by following the official version consider Kotlin as the new normal of Android development, many others think Java as the indispensable language for Android app projects.

Java offers a robust ecosystem with open-source tools and libraries for developers the world over. Despite its robustness and multiplicity, Java has many complications, making the developers’ job tedious and challenging.

Within just a couple of years since the release, Kotlin has emerged as the most stable and reliable development language for all Android projects. While many developers think that Kotlin will make Java obsolete for Android app development in the future, others believe both Kotlin and Java will coexist, offering broader choices.

Most experts think that Kotlin has many vital strengths that easily win over the shortcomings of the language. Kotlin is exceptionally lightweight, offers a clean code, and is least complicated in many aspects, mainly writing data classes, callbacks, and getters/setters. On the other hand, Kotlin works side by side with Java and can improve the Java code.

The Key Reasons for Google to Prefer Kotlin

Kotlin was developed as the open-source programming language by Google’s development partner JetBrains. After being recognized as the official language for Android app development, Kotlin, alongside Java and C++, was the principal language for all Android projects in the Google I/O event in 2017.

For years, Google was looking for a language that can comprehensively address most of the Java shortcomings and pitfalls. Apart from ensuring an alternative, Kotlin can also work alongside Java in existing and new apps. Thus, interoperability with Java and a bounty of value-added features made Kotlin preferred a language for Android app development projects.

Most Convincing Kotlin Benefits for Developers

Android app developers all over the globe have found Kotlin revolutionary for some reason. Apart from all the value additions and bounty of features, Kotlin offers an array of clear advantages for developers in Android app projects.

Here we are going to take a look at these key benefits of Kotlin.

Kotlin allows developers to write very concise and expressive codes in complete contrast to the complicated, lengthy, and imprecise code in Java programming. Kotlin does away with the entire bulk of boilerplate code used in Java.

A key concern with every Java Android app development is the NullPointerException that creates several security issues. Kotlin approaches this problem by helping developers ensure null variables and negate the corresponding issues.

The complexity felt by developers in migrating to new languages from an old and seasoned language like Java doesn’t exist in the case of Kotlin. Kotlin can be utilized side by side with Java to build an app.

Most Android developers consider Kotlin to be extremely concise and specific. This typical quality doesn’t exist with Java. This concise code devoid of boilerplate code makes Kotlin so apt for fast-paced development. Kotlin can achieve functionalities with just fewer lines of code compared to Java. This straightforward nature also helps in faster modifications for app projects.

Kotlin apps make use of very few code lines in contrast to Java apps. This reduced code does not just minimize the development time, but it also boosts the app performance and offers maximum ease for support and maintenance. Thanks to the less volume of code, the language’s readability enhance, making it harder to hide the bugs. This ensures a reduced number of app crashes.

There can be no doubt that the adoption of Kotlin by the developers is gaining momentum. The number of applications using Kotlin has grown by 125% on Google’s heels, officially making Kotlin a first-class language for writing Android apps at Google I/O in May.

Juned Ghanchi is a Co-founder and CMO of award-winning IndianAppDevelopers top mobile app development company in India & the USA, offering mobility solutions to global companies across various industries for the last ten years. 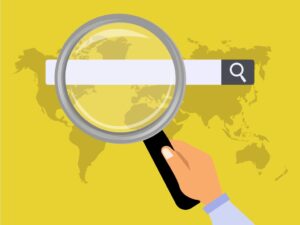 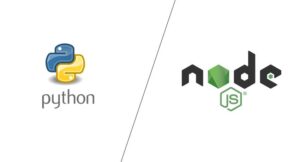 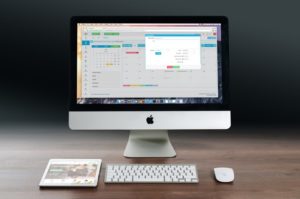