Vaping CBD Oil – Guide to the Pros and Cons

CBD is one of 85+ cannabinoids found in the marijuana plant, and alongside its distant cousin THC, is probably the most widely known one.

There are many ways to take CBD however, vaping has become one of the latest CBD oil trends with the number of vapers rapidly increasing over the last couple of years.

It is a scientific fact that vaping CBD vape juice is a quick way to reap the benefits of CBD. It’s absorbed through the body quicker as it enters the bloodstream directly via the lungs, whereas other methods of ingesting it such as through edibles, takes a lot longer as it has to be metabolized by the liver.

There is a wealth of information available on the web about CBD, there’s the good, the bad and the ugly. There’s also a bunch of statistics on the increase in usage. Forbes even reported that CBD has become a replacement for traditional medicinal treatments for almost 50% of women who were surveyed by the Brightfield Group.

From our researching endeavors, we wanted to put together a quick no-nonsense guide together. Providing you with the facts associated with using CBD vape oil so you can make an educated decision on whether or not it’s right for you.

CBD Vape-Oil Has a Huge Number of Health Benefits

There are staggering amounts of research widely available to the public that boast about the numerous health benefits that CBD can have. Medical professionals agree that there are some ailments that can be alleviated if not cured by CBD.

Here’s a quick overview of some of the things CBD oil vape can help ease:

Pain – There is still a lot of research going into the use of CBD and pain relief and scientists are not 100% sure whether it is the CBD, the THC or both that are resulting in the pain relief that those who suffer with chronic pain have reported having felt. However, CBD from hemp only contains trace (<0.3%) amounts of THC and many people have reported pain relief from said strains.

Cancer – There have been several medical studies into the use of CBD as a cancer treatment. This is because researchers have found that some cannabinoids have helped to stop tumors from developing and metastasizing, specifically with colon cancer and leukemia. There’s even evidence from studies into cervical cancer that shows spreading of the cancerous cells stopped after CBD administration.

Alzheimers – CBD vape juice has been known to delay neural deteriation of alzheimers patients which can siginificantly delay the progression of this diseade. It has even been said to calm more aggressive patients down and even improve their cognitive function as a whole.

Seizures – There have been many reports of both adults and children who are prone to seizures benefitting from the use of CBD oil. Adults that use CBD vape oil have reported that the number of seizures they’ve experienced over long periods of time has dramatically reduced.

As well as the aforementioned health benefits. There is also scientific evidence to show that overdosing from CBD is highly unlikely. In fact, there’s never been a fatal overdose reported. Some of the best CBD vape juice comes in concentrations of up to 5,000mg and you can rest assured that your body can handle such doses.

Even the Best CBD Vape Juice Can Have Risks

Unfortunately, there are some very legitimate downsides and risks associated with using CBD.

Because the industry is fairly new and not heavily regulated, the CBD industry is a bit of a free for all at the moment meaning some ‘bad eggs’ can creep into the mix. It’s worth doing some research into what the best CBD vape juice is before purchasing.

Because vaping CBD is also a new trend, especially when you compare it to things such as smoking, it’s impossible to tell what many years of use can do to the body. There could be long-term side effects that scientists are just not yet aware of.

Those with lung/breathing issues should not use CBD oil vape; coughing fits from too much inhalation can occur and can be very detrimental to health.

Propylene Glycol, which is contained in many vape products can also be very bad for your health if it is subjected to excessively high temperatures. When such temperatures are reached, it can break down into carcinogenic compounds which can cause respiratory illnesses such as asthma.

It seems there are still a lot of pros and cons to consider when vaping CBD. Nonetheless, it’s undeniable that this trend is gaining momentum, and fast. Vaping products of excellent quality will no doubt help to alleviate many medical issues such as pain, anxiety and stress. 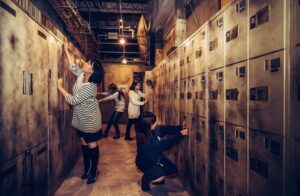 5 Things No One Will Tell You About Escape Rooms! 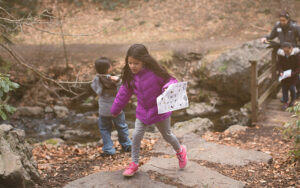 4 Outdoor Activities to do with the Kids

6 Simple Hairstyles For the Workplace