There is no better way to cut loose and relax than sitting back and enjoying a fresh cocktail. The cocktail has come a long way in the past 200 years. There are 1000s of different cocktail recipes, which range from sweet, sour, bitter, and even spicy. Below is a list of three classic drink recipes you can make at home.

There are dozens of classic-cocktail recipes, which have stood the tests of time and continue to remain relevant. The Old Fashioned is a whiskey or bourbon-based cocktail, which was invented more than 100 years ago. The cocktail recipe is believed to have originated in the town of Louisville, Kentucky, which was first mentioned in the Chicago Tribune in February 1880.

The drink was allegedly invented by a barkeep by the name of James Pepper. It is said that he took his drink recipe to New York City, where it was served at the bar located in the Waldorf Astoria Hotel. The drink became a favorite amongst patrons. This boozy drink is a mixture of smooth and bitter and is considered the very definition of everything a cocktail should be. An Old Fashioned was initially referred to as a “Whiskey Cocktail,” which was originally made with angostura, gum sugar, and whiskey served over ice. In the 1900s, bartenders began switching angostura for cane sugar and adding a lemon twist, which is commonly referred to as an “Old Fashioned.”

There are a variety of different ways to prepare an Old Fashioned. Some bartenders serve it with a splash of lime-soda, while others may serve it with sour mixer, which may depend on the bartender or region you’re visiting. If you’re a fan of brown, boozy drinks, then you’ll more than likely enjoy drinking an Old Fashioned. As I mentioned, everyone makes an Old Fashioned differently, including myself. My version of an Old Fashioned follows the classic recipe, but I substitute cane sugar with Monin Pure Cane Syrup, which delivers a clean and delicious balance of sweetness. My recipe also calls for two dashes of bitter, two ounces of rye whiskey, served with an orange twist. One of the reasons I prefer cane sugar syrup over raw cane sugar is cane sugar syrup dissolves instantly, which contains no artificial flavors and is completely gluten-free.

I’m sure many of you didn’t realize that July 19th is a holiday, which is considered “National Daiquiri Day.”

The Daiquiri is a sweet and delicious cocktail, which was Ernest Hemingway’s favorite drink. The Daiquiri can be served either frozen or chilled, which originated in Cuba in the 1900s and later introduced to clubs in New York. The drink is believed to have been invented by an American engineer by the name of Stockton Cox while he was living in Cuba. The delicious rum-based concoction was originally referred to as “Ron Bacardi La Daiquiri,” and later shortened to Daiquiri. There are different ways to prepare a Daiquiri, which was originally made using crushed ice, fresh lime juice, sugar, and rum. Hemingway, for example, preferred frozen Daiquiris, made from grapefruit juice and maraschino liqueur. Strawberry Daiquiris are the most common, which are typically served frozen. Strawberry Daiquiris are a delicious summer drink, which only takes a couple of minutes to make. You simply add three ounces of Monin Strawberry Purée, one-ounce white rum, one-ounce fresh lime juice, and ice to the blender and blend until smooth. You can also substitute the rum with vanilla Greek yogurt, which turns your Daiquiri into a delicious strawberry smoothie.

A common misconception of the Margarita is that it originated in South America, but contrary to popular belief, the drink originated in Dallas, Texas. The drink is believed to be invented by an American socialite by the name of Margarita Sames at her party in 1948. The tequila-based drink was an automatic hit. One of the guests attending her party was none other than Tommy Hilton, whose family had established the Hilton Hotel chain. Tommy later had the popular drink added to their bar menu and the rest is history.

Although this story may be true, the exact origins of the margarita are a bit murky. Others claim the drink was invented by Danny Negrete, who named it after his sister, which could also be nothing more than a rumor. The only sure fact about margaritas is their delicious taste. The English translation of the word margarita is Daisy, which ironically was a popular drink during prohibition. The Daisy is similar to a margarita, which substitutes tequila with cognac.

In the 1970s, margaritas began to be served frozen, after patrons complained about their drinks melting too quickly. Whether it’s served frozen or chilled, there are literally hundreds of different margarita recipes. I personally prefer the classic recipe, which calls for one-ounce tequila, one-ounce orange liqueur, and one ounce Monin Habanero Lime Syrup; served over ice with a lime wedge and coarse salt along the rim. 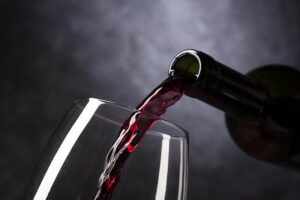 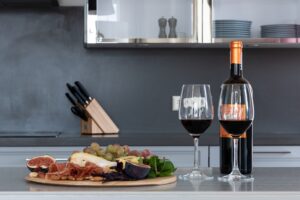 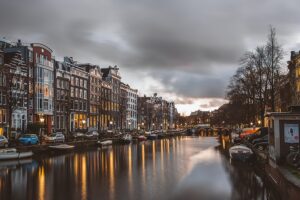 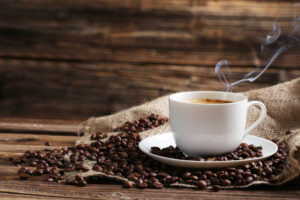 Everything you need to know about Cold Brew Coffee 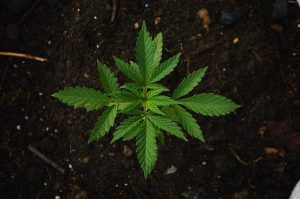