As the summer heat soars, Amazon Prime Video is releasing a series of binge-worthy TV shows that do not need a trip to the theater. But, of course, popcorn is always recommended.

June was a hot month with popular releases such as the superhero series The Boys. The last episode, which aired on the 24th of June, sparked fan conversations across the globe, with some calling it the most vulgar episode to date.

In July, Amazon Prime Video is looking to drop blockbuster after blockbuster. Before we get into the list, we have to mention episodes seven and eight of The Boys, which are scheduled to air on the 1st of July and the 8th of July, respectively.

Come July, you do not have to worry about scouring the internet looking for shows to watch on Amazon Prime Video. The list below will keep you glued to your couch as these are some of the most hyped-up releases we’re looking forward to.

Kicking off our list is The Terminal List, starring action superhero star Chris Pratt. The series is set to be released worldwide in July 2022 and follows a former Navy SEAL as he investigates why his entire platoon was ambushed during a covert mission.

Action fans will love this series as it is packed with thrilling action scenes. This is expected as the show features the beloved Chris Pratt along with Jeanne Tripplehorn and Constance Wu. Can’t wait for this one!

Let’s move away from the action for a second. Don’t Make Me Go is an adventure dramedy starring John Cho and Mia Isaac. The film will be released on the 15th of July on Amazon Prime Video. It will probably leave you emotional as the plot is quite heartbreaking.

The film follows a single father (John Cho) who discovers he has a fatal brain tumor. He then takes his daughter (Mia Isaac) on an adventure to find her mother, who abandoned her years before. During the trip, he tries to teach his daughter everything she will need when he is gone. Sounds pretty fulfilling!

Forever Summer: Hamptons is a coming-of-age docusoap that follows a group of college students chasing the perfect summer in the Hamptons. The series will be released on Amazon Prime on the 15th of July.

Soap opera enthusiasts will love watching this eight-episode series. The teenagers from different backgrounds work at a seaside restaurant by day and enjoy life to the fullest by night. They explore love and friendship throughout their time. A perfect series for the summer!

In light of Pride Month, we could not fail to mention the long-awaited movie Anything’s Possible. This show has fans worldwide waiting with bated breath for its scheduled release on the 22nd of July.

The film stars Eva Reign as Kelsa, a bubbly trans high schooler, and Abubakr Ali as Khal, a quirky student that falls in love with Kelsa. After meeting in art class, the pair navigates through the ups and downs of their relationship, especially with others expressing disbelief.

Any science fiction fans? Paper Girls is the series for you. It is based on a comic book series by the same name written by Brian K. Vaughan. The series is set to be released on the 29th of July on Amazon Prime.

The show follows four 12-year-old girls caught between warring factions of time travelers while delivering papers. They are unwittingly sent on an adventure through time to save the world. During this time, they get to see their future selves and decide whether to accept or deny their fates.

Get Your Popcorn Ready!

There you have it, the biggest releases of 2022 on Amazon Prime Video. We have made our list diverse, so whether you are an action, fiction, comedy, or drama fan, there is something for you.

Is Amazon Prime Video blocked in your country? It would be unfortunate to miss out on blockbuster movies like The Terminal List. Luckily, we have a solution – proxy servers! Proxies can replace your IP address with a new one, making it seem like you’re connecting to the internet from a different region. At IPRoyal.com, you can get state-of-the-art proxies to give you access to Amazon Prime Video no matter where you are. You have to make your own popcorn, though! 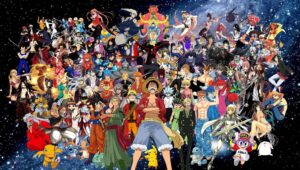 Top 10 Most Popular Anime of All Time 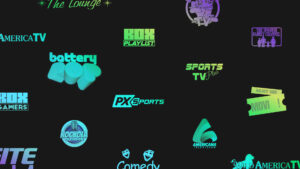 « How to Take a Screenshot on an Android phone? [7 Best Screenshot Apps for Android]
Blazor Hybrid: What Is It? How Does It Work? »