What Active Ageing does for the Elderly?

The concept of active ageing has for a long time been misunderstood to mean an active lifestyle on health in later. Active ageing is a term used to describe several processes needed to maintain subjective well-being, physical and mental health as well as social inclusion in the old age usually above the age of sixty years.

World Health Organization (WHO) defined active ageing as “the process of optimizing opportunities for health, participation, and security to enhance the quality of life as people age.”

While there has been a dramatic increase of elderly population thanks to improved lifespan due to social and economic development, most elderly do not age actively significantly lowering their healthy life expectancy as well as the quality of life.

Despite the huge significance of equity release to elderly persons which can easily be obtained through responsible equity release, a vast number of elders don’t understand this concept leading to huge inheritance tax paid by their estates in addition to making their retirement uncomfortable.

How Can Elderly Persons Age Actively?

The primary idea of active ageing is well-being, health, and cognition. This is primarily because these functions are still a vital part of life even at old age. Older adults may find it hard to exercise daily due to their now fragile body or other obligations. They tend to be secluded from society and may not really focus on well-being and health. Nonetheless, various steps can be done to age actively:

Active ageing comes with a lot of benefits which cannot be ignored. Active ageing, for instance, significantly reduces the burden of age-related disease as well as maintaining independence, physical function, and increased quality of life among adults. Without active ageing, the projected increase in the demographics of older adults would result in increased illness, more disability, and increased health cost for the elderly in society.

By ageing actively, older people would still benefit society in various ways instead of being problematic as often stereotyped. Older people play a significant role in society, thanks to their wealth of skills and experiences. They make a positive contribution to the community through their services. Most of the elderly people would strive to work beyond their retirement years by even starting a new business which positively impacts society. Additionally, older people are an essential source of volunteering and play vital roles as grandparents, carers, and mentors providing the society with crucial instructions. It’s, therefore, necessary to promote active ageing to sustain the critical roles played by the elderly in society.

It’s crucial for society to promote active ageing and ensure that the elderly are active members of the community. Secluding older people from society significantly decrease their cognitive value and makes them not to focus on their health or well-being. Older people should be encouraged in engage in physical, cognitive, and social or leisure activities as they age to enable them to achieve perfect health and well-being during the last stages of life.

Green Tea – How It Aids in Maintaining Fitness

Do You Know How Marijuana is Consumed? 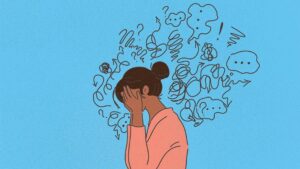 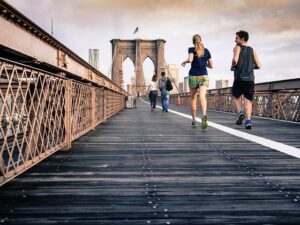 The Simple 20-Minute Habits That Could Save Your Life