When you’re job hunting as a physician, one of the most important considerations is always going to be salary. Even if you’re looking for a particular specialty or a lifestyle change, the salary has to be high enough to support you—whether or not you’re in the market for the highest possible salary. In fact, sometimes you should be willing to take a salary cut, if it means an increase in quality of life. And believe it or not, that can be the case from time to time.

One of the most essential issues in regards to salary negotiation is understanding how geography plays a role in setting rates—and sometimes, rates vary wildly when your jobs are just a few miles apart, depending on certain factors. So, how do you take location into account when negotiating your new salary for finding doctor jobs in Pennsylvania?

The biggest factor driving average salaries in any given region is cost of living. While you may not think much about this if you’ve stayed in one place your entire career, it’s a factor that will become immediately obvious when you begin a job hunt that encompasses other locations. What looks great because of a higher number may not be, if the cost of living in that area is higher.

Let’s say you currently live in El Paso, Texas, as an example, and you’re looking at a job in Phoenix, Arizona.  A two bedroom apartment in El Paso, on average, is about $950, while one in Phoenix is nearly $100 lower—yet property prices are about 15% higher in Phoenix, if you’re buying a home. Gas is slightly more expensive in Phoenix, but overall transportation costs are a bit lower, as are costs for food, entertainment, and healthcare. The overall cost of living is only about 2% higher, but the differences in each area may affect you personally in different ways.

Once you have a basic handle on the cost of living in the various areas you’re interested in living in, you’ll also need to assess the demand for physicians in general, or for your specific salary as well. This is important to know before going into negotiations, because what might be a very in-demand specialty in one area of the country may not be in another—an OB/GYN position in Anchorage might be worth significantly less than one in Washington, D.C.

Finally, consider your current location when you go into negotiations. If your job history is mainly in a lower cost of living area than those positions you’re applying for, you may be getting lower offers as HR accounts for your previous salaries. If that’s the case, bring this up. For example, if you have been located in Boston your entire career and are now looking for a move to San Francisco and you receive a lowball offer, it’s perfectly fine to bring this issue up politely. You could say something like, “I realize this is in line with my past salaries, however, I’m wondering if you’ve taken into account the very significant cost of living difference between San Francisco and Boston. It’s about 20% higher in San Francisco, and I need to take that into consideration when choosing a position.”

One caution: when you’re doing your research into cost of living and average salaries, understand that these averages are sometimes based on wildly variable numbers. For example, the job title “anaesthesiologist” can mean very different things (and very different salaries) under different job circumstances, so the actual average may be much higher or lower depending on the exact type of position you’re looking for. 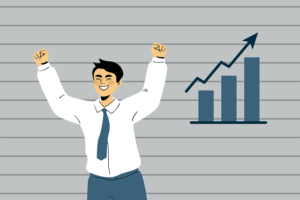 10 Habits That Will Make You Achieve More in Your Career 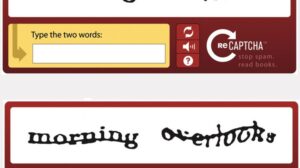 How to Earn Money With Captcha Entry Jobs in 2022 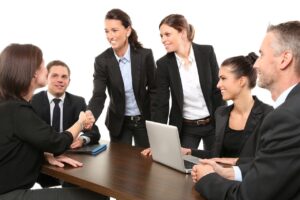 How to Build a Robust Employee Communication Guide?