Videogames have become part of many people’s lives, and for that reason, it’s increasingly common to find players who wouldn’t hesitate for a second to spend large amounts of money on various elements of their favorite videogame.

MMORPGs (especially those developed by Blizzard) were one of the first genres to encourage players to invest their money in elements of such games, whether to obtain some rare item more easily, improve a character with exclusive and powerful equipment, among many other options. But, there are also particular cases of people who spent incredible amounts of money to simply get an element of some MMORPG.

Having said all this, two cases of MMORPG elements that were sold at extremely high prices will be mentioned below, specifically in the videogames of Blizzard Entertainment, one of the companies that encouraged players to create adjacent markets around their games.

World of Warcraft is undoubtedly the most popular MMORPG and during its long trajectory has managed to accumulate many interesting stories based on its community of players, among the most curious and also sad is the case of the most expensive character in the history of WoW. Zeuzo was the name of a character Level 70 Night Elf that was obtained by a player called “Shaks”, in 2007 for the very high price of 10,000 dollars. This type of business in WoW was common, and consisted of players who after developing a character to a high level, then sell it to people interested in that powerful character. This parallel market is one of the most exploited of all WoW, along with the business of Classic WoW Gold sales, these consist of websites where players can buy WoW gold through real money.

In short, returning to the case of Zeuzo, this was a character that had approximately 600 hours of growth. But, unfortunately for “Shaks”, although the purchase was made without problems, Blizzard Entertainment (the developer of this WoW) subsequently spoke out against this, and soon after expelled the character from their servers a few days. The reason for this was that Blizzard (and also most companies) do not allow players to take advantage of their games in this way (at least, not officially).

The Diablo saga is another of Blizzard’s most successful franchises; these games are of the MMOARPG genre and are characterized by their gloomy, very dark world. The Diablo games were very successful and thanks to the aspirations of their players to dominate this game, this community created an adjoining market where players could put Diablo items for sale and receive real money in return. The market is now dissolved, but when it became available, players took advantage and some got large amounts of money through the sale of extremely rare Diablo items. In the case of Diablo 3, one of its items stood out in the history of MMOs for the incredible cost it had in the aforementioned parallel markets, that item was the Echoing Fury Mace, which was sold at the amazing price of 14,000 dollars. It should be mentioned that this market is no longer present in Diablo 3, and that expensive weapon no longer has real monetary value at this time, but when it was sold, it became the most expensive item found in Diablo.

The Greatest Features of Online Casino Games in 2021

Tips to Increase Your Stamina for a Football Match 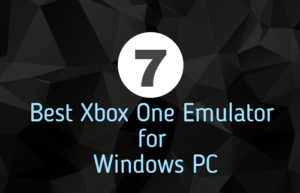 « How to Get the Cheap and Affordable Health Insurance
What to do when involved in a Lyft Car Accident? »