Hot Commodities: Why Trade Oil, Gas, And Metals On PrimeXBT

Oil trading is the hottest it has been in over a year, and the market is nothing like it was back on Black Thursday last year. The demand for the commodity that once crashed to zero has now returned and inflation has it and other commodities rising in the tide.

Natural gas is another commodity performing well, but metals have continued to struggle over the last year due to the emergence of Bitcoin. However, with inflation running rampant, and the Fed talking about raising interest rates, the market has begun to rotate from growth to value, and it could finally let metals shine.

Here’s a deeper dive into the commodities market, and how these supply-based assets could perform in the near term.

The First Half Of 2021 Reviewed: All About Risk

The first half of 2021 was all about risk appetite. The pandemic was beginning to wind down, and the lockdowns and quarantines were coming to an end. The market was exuberant as a result of the promise of getting back to normal, and on the heels of the most stimulus money ever flooding into the financial world.

Assets like stocks, crypto, and more were all skyrocketing in value as risk became an afterthought, and easy money was all that mattered. But the market turned ahead of the Fed’s belt tightening, and now Bitcoin is trading 50% less and the stock market has taken a pause.

All while this happens, metals are behaving strangely, as if a battle for support and resistance is playing out. Bulls are buying up precious metals like gold and silver at an increasing rate – almost as fast as inflation is spinning out of control.

Buying physical metals is nearly impossible without an enormous premium, which could be a sign that taking position via CFDs could be the next best alternative to ensure no opportunity is left behind.

Looking Ahead At The Second Half Of 2021: Flight To Value

If and when metals move, after so much consolidation around the current lows, the breakout will be fast, furious, and last for months at a time. And as important as gold is to the overall macro environment and to a capital rotation from growth to value, silver has yet to set a new all-time high compared to gold, and the gold to silver ratio is lacking the eventual over performance in silver that historically follows a gold bull run.

Metals, like cryptocurrencies such as Bitcoin or Litecoin, have an extremely limited supply which gives Bitcoin the digital gold name and Litecoin the digital silver moniker. Interestingly, much like real gold and silver, Bitcoin has set a new all-time high and Litecoin hasn’t, closely mimicking the current relationship between physical gold and silver.

Silver also has the WallStreetBets community on its side, who have been trying to force a short squeeze for months now to no avail. A short squeeze results when an abundance of short positions are forced to cover, and doing so further drives up the price of the underlying asset.

If silver short squeezes, a new all-time high is almost guaranteed. But will Litecoin follow? It’s hard to say, considering the rotation from growth to value. Whether or not the market views Litecoin or even metals as value in this day and age remains to be seen.

How To Profit From The Market Inflection Point: Trade Commodities With PrimeXBT

What’s clear at this point is that all major markets are at an inflection point, with many having already reversed but paused, with many more ready for further turbulence and volatility.

Moving away from metals, demand for oil is back and gasoline prices rising is where consumers will feel the burn from inflation the most. An enormous boom in travel could soon be coming as a result of the rebound effect related to so many people being isolated for so long.

Once full travel resumes, and people begin visiting their families again and once again traveling for business, the prices of each barrel of oil could go parabolic – the complete opposite of what was seen after Black Thursday last year.

The oil market, and other commodities, metals, crypto, and more are all more volatile than ever, and PrimeXBT is an award-winning trading platform that lets anyone go long or short across 50 different trading instruments. 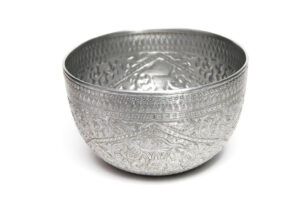 How To Make A Metal Vase 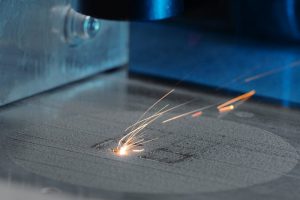 Why Metal Prints Are Growing in Popularity 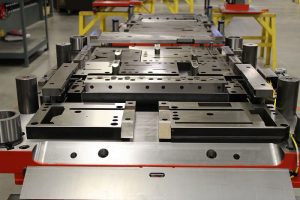 What are Metal Stamping Dies and Its Functions?