What Future Has in Store for Cryptocurrencies?

Cryptocurrency is among the top topic of conversation among experienced traders and investors. Cryptocurrency being a mystical element in the trade market, nobody has fully grasped the depth of its potential. There are thousands of traders and each of them has ventured different land of the Cryptocurrency island. So, whenever, these trades meet at one place, they tend to discuss their experiences.

With supporters, Cryptocurrency has gained quite haters as well. There are some experienced traders who are convinced that cryptocurrency is just a digital currency that have no physical form and will eventually fade away.

Well, the fact is that you cannot believe any words coming from two different groups of people. In a way, both groups are saying the truth. Crypto trade is highly volatile in nature. Those who have gained from the trade will say for Cryptocurrencies and those who have lost their capital in crypto trade will always be against it.

What should you believe?

As we have already explained the phenomenon of having two groups for the Cryptocurrency trade market. Cryptocurrency is still in an experimental phase. There is no one on the earth who could say that they have a full understanding of the cryptocurrencies. The cryptocurrency we know is only the tip of the iceberg. We are yet to see its full potential.

With that being said, the final question that arises is “what to believe”. When you will listen to the words of experienced traders and investors, you will become more confused. Every individual has something new to say about the cryptocurrencies.

Hence, what to believe? Who to believe? There is no particular answer to that. Until you experience yourself what cryptocurrency is all about, you will not be able to understand.

With blockchain technology, Cryptocurrency becomes one of the safest forms of digital assets. Cryptocurrency transactions have their own audit trail that means there will be no cash transfer under the desk or hand to hand money transfer. If a right infrastructure is created, it can help to fight corruption.

If you are thinking about why the cryptocurrency cannot be tracked by the banks, then the answer is very simple. The blockchain technology was created by the tech sector and not by the Banking sector.

What is Beyond Cryptocurrencies?

In the midst of these confusions, there are traders who have placed their own thought processes regarding this event. Some of them are stating that cryptocurrency has always been a fraud, while on the other hand, some traders feel that the market size of the cryptocurrency trade need to expand and feel that it is high time for the banking sector to take initiative to collaborate with the cryptocurrencies.

The way Cryptocurrency market is crumbling with the low-price evaluation of the Ethereum might have a chance to surpass Bitcoin in terms of the price evaluation. So far, Ethereum has always been second to Bitcoin. But now it has an opportunity to overcome its biggest rival. To know more, you can also visit bitcoins-era.

Cryptocurrency is a decentralized currency that the government holds no authority over it. In spite of being a decentralized currency, traders have invested their capital in it. This shows that Cryptocurrency has the potential to change the financial standing of the world. Yes, it is true that it is far behind the traditional currency, but it will certainly not be always. 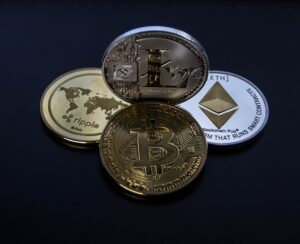 Decrypted: The Future of Cryptocurrencies