What Type of Music Are You?

When you’re looking on MsMusic to decide which band to hire, you may start wondering about music in general, and what do your preferences say about you. Well, it’s a fair question that most of us have wondered at one point or another. This article is here to give some answers.

Let’s start with a popular preference. If you like pop music, it’s most likely that your personality is quite unique, which is why it tends to stand out from all the others. Typically, those who love pop music tend to be extraverts, being the life of the party. However, they may also lack in the creative department, which means it is not very likely that they spend their time doing things like painting, writing, or making music.  Something else that tends to be true of those who listen to lots of pop is that they have a tendency to be nervous, or even turbulent occasionally. Finally, pop lovers are typically ready to do all the needed hard work, which means people can count on them.

Just like those who love pop music, those who listen to hip hop and rap are extraverts, which means that parties should have plenty of these types of individuals. These individuals have a high self-esteem, and are very energetic, passing on their great vibes to those around them. In addition, these individuals prefer to rely on hard facts and evidence rather than on intuition when making a decision.

Unlike those who prefer hip hop and rap, those who prefer rock tend to be more intuitive than anything else. This means that even if they can’t find a hard fact for believing something, as long as their gut agrees, they will fully rely on it and move forward. In stressful times, they prove to have lots of flexibility. This, together with their general relaxed vibe means that they can remain clear-headed even in the most challenging situations.

Those who love classical music tend to have plenty of self-esteem, and own a good intuition that they always listen to. These people are also often very creative, and need cognitive stimulation, which the complex composition that this kind of music provides.

If you find yourself listening to R&B quite often, it could mean that you’re extraverted and outgoing, just like those who love pop music. Unlike those who listen to pop, however, R&B individuals tend to be highly intuitive, trusting their heart above all else. Being such good friends with their own hearts, they are also unafraid of showing their emotions, particularly if that emotion is created by the music they are listening to.

Now, while EDM covers many different genres, those who listen to EDM tend to have a few characteristics in common, them being that they tend to be outgoing and social. Indeed, EDM seems to be a new version of pop, which explains the similarities in personalities.

Musical taste can reveal a great deal about your personality, but of course, things tend to be a bit more complicated than that in real life. Indeed, most people listen to a few different genres, which means that chances are, their personality is a combination of the above-mentioned traits. 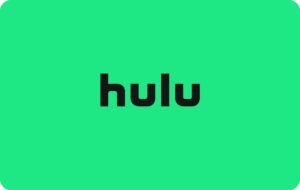 « What is the Best Manscaping Tool?
Mobile Vs Desktop Trading (Pros and Cons) »