The Top 13 Most Recent Controversial Ads

In today’s age, there are countless companies for each type of product you can think of. Whether it’s nail polish or burgers or flowers, each brand faces a large amount of competition when finding stable footing in their respective market. This means that company ad campaigns need to impress potential customers and boost sales more than ever. Companies create ad campaigns to be seen and remembered. This is true, even if it risks becoming controversial and outrageous.

When a target audience is hit with a controversial ad campaign, they have a lasting memory of the company, which can often work in the company’s favour. This article is a list of such ad campaigns that have been shown to people in the last few years.

In 2015, this health supplement company publicized their “Are you beach body ready?” campaign for their weight loss collection of products. This featured a slim woman in a bikini on large billboards in London and New York. They also featured on the London underground.

There was fierce back-lash on social media, calling the ad out for promoting body shaming against people who aren’t slim. There was even public vandalism of the ads. The UK’s Advertising Standards Authority (ASA) received a massive 378 complaints and there was a petition to remove the ad from the public. If that wasn’t enough to make you raise your eyebrows, there was also a small demonstration in Hyde Park including feminists who opposed defining what a beach body should look like.

Despite all the opposition, Protein World retaliated on social media, calling feminists who opposed the ad “#fattysympathisers”! They gained lots of publicity through social media and went on to make £1 million in profit from the £2,50,000 they invested in their campaign.

This popular beer company posted a video ad that featured a message of their beer making a person “#up for whatever”, as the “the perfect beer for whatever happens”. The video itself didn’t cause much controversy, but the printed message on the bottles themselves caused public outcry.

The bottles read “the perfect beer for removing no from your vocabulary for the night”. It seems quite clear that this was very poor wording, given how many rape cases involve alcohol. People called Bud Light out for promoting rape, which lead to an apologetic statement from the company and the ad being pulled.

This company have been in the fashion industry for over 40 years. In 2011 they promoted a very striking series of images as part of their “Unhate” campaign. This featured many world leaders kissing each other, such as Barack Obama embracing the Venezuelan president Hugo Chavez, and Mahmoud Abbas kissing Benjamin Netanyahu, just to name a couple (no pun intended).

These images were displayed on billboards internationally, not surprisingly causing adverse reactions from the public. The first issue was that Benetton Group didn’t gain consent to use the faces of these leaders. A picture of Pope Benedict XVI embracing a top Egyptian imam was directly condemned by the Vatican and was taken down. Some of the public actually tore down the ads. However, following the rebellious spirit of their previous ad campaign (which featured a nun kissing a priest), the company didn’t apologize. It didn’t remove the ads either, and eventually went on to winning the prestigious Cannes ad festival award!

Pepsi has been known for using top celebrities in their ad campaigns. In 2017, Kendall Jenner was featured in their “Live for now” campaign. The video shows her and two Asian creatives (one celloist and one photographer), joining a colour-coordinated protest. Kendall gives a police officer a can of Pepsi and the protest ends.

It seems Pepsi intended for this to be an empowering ad, though it was taken down within 24 hours of it release. People called it out for undermining the “#BlackLivesMatter” campaign that was strong at the time. The video can also be interpreted as undermining the very real occurrences of police brutality that have been occurring in America. Kendall was compared with Iesha Evans who was arrested for her actions in a real protest.

After public outcry, including Madonna and the daughter of Dr MLK, Pepsi apologized and pulled the ad.

Nivea, a German skincare company, promoted the slogan “white is purity” accompanying the image of a white woman looking out of a white window wearing white clothes. This was was targeted at the Middle East. It seems obvious that this would be perceived as racist. To make matters worse, right wing groups promoted their antiperspirant as well. Nivea withdrew the ad with a public apology.

This caused controversy as Kaepernick knelt during the national anthem to show his views about racial inequality. Nike’s work with him was called unpatriotic and many people threatened to boycott the company. However, Nike’s sales rose 31% over the labour day weekend in the USA.

“The Best a Man Can Get” 2019 ad campaign was in direct and empowering address to the “#MeToo” campaign. It highlighted themes such as toxic masculinity and the saying “boys will be boys”. There was a diverse cast encouraging men to be held accountable for how they treat women and young boys in general society.

Men reacted to the campaign as they felt they were being portrayed in a negative light. Feminists also reacted on the basis of it being unfair that male grooming products cost significantly less than female ones.

This skincare company has been known for its support of anti-establishmentarianism and social activism. This has gained it a high liberal following.

Their ad campaign “#Spycops” sought to publicize some of the illegal behaviour done by undercover police, such as infiltrating homes and forming false relationships with political activists. The UK’s home secretary Sajid David criticized it for negatively portraying the police force, and social media started trending #flushlush, calling for boycotts of its products.

Lush was not negatively impacted, and the back-lash probably fuelled its reputation as a company in support of social activism, in the same standing as previous campaigns such as Error 404, which highlighted internet blackouts in other countries.

In a 2017 Filet-O-Fish ad campaign, the ASA received 100 complaints after McDonald’s released a video in which a child has lost his father and finds comfort in a burger. People called the company out for inappropriately using child bereavement to sell burgers. The company was contacted by UK bereavement charities like Grief Encounter, who had received many calls from parents and children who had lost loved ones too.

It was pulled after lots of opposition on Twitter. In their statement, a spokesperson ensured it was not their intention to cause upset.

This chocolate company created an ad campaign that clearly was seeking publicity. They made an outrageous series of images in their campaign which intended to promote their bitter chocolate. The slogan for it was “The Dark Side of Sweetness”, which accompanied disturbing images of children. Young girls were showed doing awful activities by the Peruvian ad agency, such as grinding a baby chick in a meat grinder and poisoning their siblings while playing.

This was clearly an outrageous campaign designed to cause public disturbance, for the sake of having the name Caribu remembered.

In Russia, the popular fast food retailer funded a campaign that offered to provide a lifetime supply of Whoppers to any and all women who could get impregnated by World Cup Players. Whoppers, being their signature burger, were intended to go up in sales.

Basically, the campaign was encouraging women to sleep with top footballers. It’s quite easy to see the controversy here. The campaign was trying to ensure “the best football genes” and “the success of the Russian (football) team for generations to come”. Of course, social media reacted fiercely, and the ad was taken down with an apology.

This is a condom brand, who publicized an ad on the Parisian underground in January 2018. This featured provocative images, such as a white woman with her hand on a black man’s head. Their tagline was “dare to be closer”.

Both of these offended people in the public, as the white woman was apparently being portrayed in a position of power, while the tagline was perceived as encouraging consumers to feel more comfortable having sexual intercourse with other racial groups. If this ad is anything definite, it’s likely just a bit weird.

Author : Jaimy Hammit is a writer and editor at LuckyAssignments.com. She shares her advice to help everyone grow personal and professional brands. 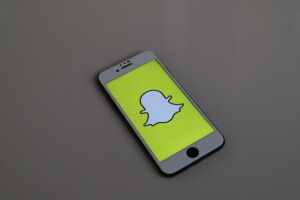 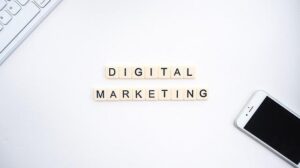 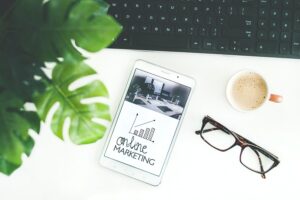 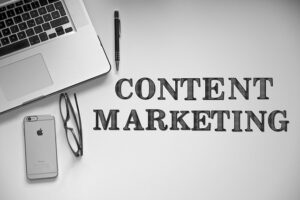 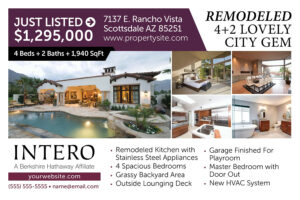 How Realtor Postcard Marketing Can Help You Generate Leads 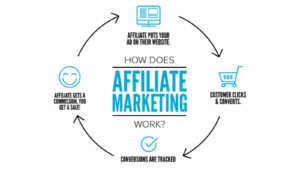 What do you know by the term Marketing Affiliate Network?