Intermittent Fasting: A One Size Fits Most Eating Protocol

It is undeniably true that Intermittent Fasting, or IF, has become a major eating fad in recent years.  Athletes and actors alike extol it.  So, it certainly can help many people.

In this article, we will discuss a few of the benefits of Intermittent Fasting and a few of its shortcomings.

The first thing you have to understand is that most people do not see long-lasting positive results right away.  In fact, for most people IF takes quite some time to show benefits.  Then, apparently all of a sudden, they’ll begin to see the long-awaited benefits.  It’s like finally winning big at a Vegas casino; you invest time and effort and the results come often in a major whoosh!

What is Intermittent Fasting

There are several different ways to “do” IF so a quick definition does not cover all of them.  A reasonable working definition is that IF involves eating within a window of time.  Outside of your chosen window, you don’t consume any calories.

It can also mean never fasting longer than a single day.

Not a Silver Bullet

Intermittent Fasting is not losing weight the easy way.  It doesn’t mean losing weight and still getting some ice cream and cake almost whenever you want them.  In other words, in the immortal words of A.S.Neill of Summerhill fame, IF involves freedom, not license.

However, if you need to lose weight or your eating habits are not healthy, you will need to learn to eat less in the shorter window.  Almost everyone who embarks on the IF protocol learns quickly that they have to dramatically change the types of foods they eat and the drinks they drink.

If by simplifying decisions we mean that every decision is neatly laid out for us like the clothes we used to wear to school, then IF is doomed to fail.  For those people it will truly be just another fad.

But if by simplifying decisions it leads us to make good decisions, then it can be very beneficial to many people.

There are actually a lot of eating protocols that make some decisions easy but leave a lot of decisions to the individual’s own resources and strength of character.  For example, a vegan won’t eat any animal product.  That doesn’t mean that they won’t overeat rice or hummus.

A vegetarian won’t eat most animal products but bread may be an irresistible temptation.  People who keep kosher don’t t eat seafood, unkosher meat, and have many other rules that determine what they can or can’t eat.  But it doesn’t say that cake is off limits.

Finally, as the Moslem world has spread out across many continents we get the phenomenon of the devout Moslem who won’t eat in a restaurant that serves pork but will look instead for a kosher restaurant!  Simplifying their decisions doesn’t mean that they stay away from excessive sugar in their coffee!

One of the biggest misconceptions about IF is that it is a weight loss diet.  It is not a weight loss diet!  It is a very useful way to lose weight but the bottom line on losing weight is to stop eating the foods you ate as you were gaining weight!

Intermittent Fasting is an eating program.  You can choose to do IF in any of the manners we mentioned above or any other manner that suits you best.  IF does not mean that you can never again have a slice of pizza or a glass of beer with friends again.

Not a Low Carb Eating Plan

If you are on a low carb regimen, you’ll be eating more protein and fat.   The key will be which fats you consume and which protein foods you consume.  IF has nothing to do with those decisions.

Some Benefits of Intermittent Fasting

Some Drawbacks of Intermittent Fasting

Many advocates of IF claim that it causes the body to enter a state of autophagy in which the body rejuvenates itself by consuming unwanted cells and parts of cells because it is not getting enough food to sustain itself.  Scientists have known about autophagy for many years but it is still unclear if fasting for 16 hours a day will actually put you into autophagy.

It probably also depends on how much you eat during your window.  Science doesn’t know yet if fasting every day works better than fasting once or twice a week, how long the optimum fast would be, and which hours of the day are best for fasting.

Should we eat before going to sleep?  Should we skip breakfast?  These questions remain unanswered by unimpeachable scientific research so, until that day comes, we might say that IF is a very attractive way to eat better and be healthier but we don’t know enough to take it out of the fad range yet.

Is Cannabis a Cure For The Coronavirus?

Benefits Of Using CBD Flowers In Your Daily Routines 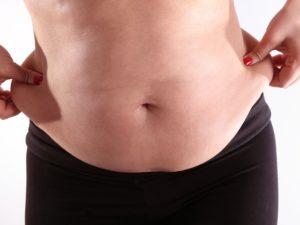 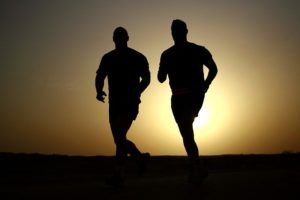 How To Stay Healthy and Fit as a Medical Professional