How to Divide Marital Property after a Separation

Going through a divorce is never easy as it is a major change in life for each of the spouses, as well as other family members involved. A division of marital property is often seen as fighting for what you have made in life and spouses never feel completely comfortable with it. The key is to get well informed prior to the process so you can adjust your expectations and understand the settlement.

Prior to getting into the division process, hire an attorney which will help you understand the law of the state under whose jurisdiction the divorce is taking place. Certain states use the community property approach, while others apply equitable distribution. The community property implies that all marital assets are to be divided equally “fifty-fifty”. Equitable distribution, on the other hand, understands that what’s equal may not be fair so it is focused on the just distribution of the property. There are various factors involved in deciding what’s just and they consider many aspects of the marriage such as length, the standard of living, the contribution each of the spouses had, as well as the custody of the children and a spouses ability to care for themselves after the divorce.

This type of property often raises controversy as spouses can generally have an issue with dividing that which is in their name solely. Retirement benefits sound like a very personal affair but they had also been taken out of, what during the marriage was considered to be, a mutual budget. So in a way you can say that both spouses contributed to it.

As stated above, bear in mind that any business venture both parties have been involved in is considered to be a mutual property, at least the value added to it during the length of the marriage, regardless of the original ownership. The most common solution to this issue is buying out the portion of the business owned by the other spouse.

Now that you understand some ground rules, you can start compiling a list of all marital assets. There is something called fiduciary duty which binds your attorney to maintain a trustworthy relationship and offer reliable advice, and it binds you to be honest and not attempt treachery during the length of the divorce process and conceal any assets nor knowledge you possess of the assets. Creating a list will be a good starting point and apart from having the job done, you will be able to see the attitude of the other spouse towards certain assets.

A divorce is an emotional affair and the process of creating a list of assets may have given out signs of certain issues. If you are in a situation where you cannot come to an agreement, hire a mediator. Hawke Segal mediators found that most of what appeared to be clear cases of property division revolved around the property of emotional or assumed value but no actual, or small market value. A mediator is there to help you resolve these issues and anything that may seem unclear without the involvement of the court. If your case comes to the court they will not take emotional value into consideration.

Whichever the circumstances which led to the divorce may be, the fact is that the process is not easy on neither of the parts. Even if you find yourself to be mistreated, try to be sensible and make your way to the settlement agreement as easy as possible. Lengthy divorces may involve and hurt other people around you, particularly if there are children involved. 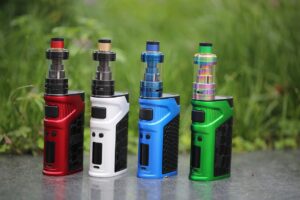 « Guest Post – Toys and Games: They’re Not Just for Kids Anymore
Some Benefits and Pleasures of Long Distance Trucking »