Home » Entertainment » Games » You are reading »

Are skill-based Games the Future of Gaming Industry?

One need not be an expert to win a game of opportunity, but he can definitely earn the status of an expert by performing well on the games based on skill. Online gamers are more interested in playing the games like play rummy online, word games, puzzle games etc. which are won by means of the skill and ability that they possess. Spinning wheels and rolling dice do not provide the requisite thrill and satisfaction that the skill based online games are able to provide. N

What is skill-based games?

Any game whose result is not decided by chance alone should be called a skill-based game. In other words, when the composition of a game is such that the players are expected to use their thought process and strategize their moves logically to establish a victory, is called a skill-based game, whether or not money is involved. Mere involvement of money as a precursor to a game does not tantamount to betting or gambling. In order to precisely clear this misconception, the honorable Supreme Court of India has ruled playing online rummy, one of the skill-based game as totally legal as it is purely a game of skill and has no luck involved in it. The pattern of cards getting dispensed to a player at the beginning of a Rummy game maybe purely luck based but it is totally up to him to properly strategize his moves and find a better arrangement of cards before completing the sequences and sets which is possible only if he can use his analytical skills better.

Why skill-based gaming is gaining importance?

In general, people play video games to experience the thrill and entertainment. It is the feeling of accomplishment that influences a player to keep on playing a particular game. Such a feeling develops in a player only when he tastes a victory aided by his mental capacity and intelligence. A game of luck does not give such a sense of satisfaction and neither does it further one’s confidence of tasting success again and again. In case of skill-based games, when a player is vested with requisite skills, he can boldly go for another round and at the same time, if he gets a feeling that his skills are not enough to win a particular style of game, he can safely back off. There is no such yardstick to measure one’s strength when it comes to playing luck-based games.

Besides being people’s preference, skill gaming is being influenced by various factors which are as below:

First things first, the growth of skill-based gaming is directly proportionate to the growth in information technology and its infrastructure. Compared to how it was a few years ago, the hardware infrastructure has improved a lot which has facilitated the development of any type of games online. In addition to it, the existence of the internet at cheaper rates and the growth of smartphones have really complemented each other in bringing online skill gaming closer to people of all ages and walks of life. The introduction of gaming apps in smartphones like Rummy game download, Chess app, etc. has furthered the progress of skill gaming. As per a survey by Deloitte, 15% of time is being spent by smartphone users on online gaming and the internet users also have increased at a CAGR of 19% in the space of five years from 2012 to 2017 – enough indication as to why the skill game craze is steadily on the rise in India.

Digital marketing enables an easier reach to the outside world in comparison to traditional methods like advertising through TVs and newspapers. The skill gaming-based companies use this opportunity of digital marketing in promoting their games quickly to the gamers. Also, the social media promotion equally carries the information of skill-based games quickly to the outside world. Since people nowadays are widely engaged in social media, business promotion through this medium has become easier for skill-based gaming companies.

The skill gaming industry has a wonderful Customer relations management which understands the needs and choices of customers better. With the help of tools like machine learning and Artificial intelligence, they are able to gather a large amount of user data which are used to provide support to the fullest satisfaction of the customers.

The skill gaming companies induce the interests of the gamers by bringing in different innovations in each game and are constantly upgrading the versions too. One typical example is the introduction of Augmented Reality and Virtual reality, both of which have played a huge role in the growth of skill gaming industry. 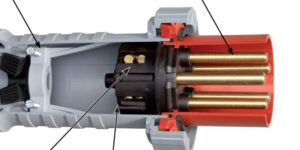 How to Choose the Correct Industrial Connector? 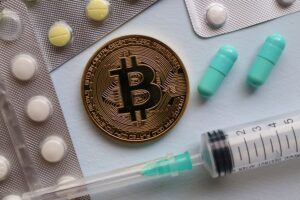 Top-notch Benefits of Accepting Bitcoin in the Healthcare Industry!

« How to Make Sure that You are Financially-Ready to Start Your Own Business?
Outdated Web Designs You Need to Avoid »