Home » Computer-Internet » Software » You are reading »

What to Consider When Choosing a New Graphics Card

Improve the performance of your computer by installing a new graphics card. If you’re finding the screen to be jittery, videos aren’t that smooth and when you’re playing a game it’s not fully clear, then a new or upgraded graphics card is probably required. Every computer will have one either built in to the motherboard or preinstalled, but it should be possible to install a new, better card. Before you do so though, make the following considerations to ensure you choose the best option.

Don’t go all in for the most powerful, expensive graphics card and assume it will instantly transform your PC into a super machine. Depending on your computer and its limitations, it may not work at all. Running an older dual-core CPU can mean that any high-end graphics hardware won’t be compatible, for example. While your display is also important, with more powerful graphics cards required to provide the frame rates you need on newer, larger screens, understanding your platform and its limits is vital.

The best time to purchase a new graphics card is when your computer’s framerate is running exceptionally slowly, or you want to upgrade to play a certain game. In terms of getting the best price though, it can be worth waiting until the very latest series are released and picking up ones from the series before at a reduced price. It’s important to consider your budget as well, as this can impact upon which graphics cards you will be able to afford. Much like your computer, this can set any limitations.

When you’re looking for a new graphics card, the easiest way to inspect its performance is to check the model number. These all have the same format, which is the brand name and model number. Within the model number is the combination of graphics processor (GPU), clock rates and memory bandwidth.  If you want to check the existing graphics card to compare it against any potential replacements, then finding this number can give you a good indication of its existing performance.

Bandwidth and Not Memory

One mistake people can make is going for a graphics card just because it has a lot of memory. Focusing on one that has the biggest RAM isn’t always the best idea, unless you’re running incredibly large resolutions (such as in surround sound or 4K). Instead, you should pay attention to bandwidth. This will vary depending on its price and performance tier but generally 1 GB of GDDR5 is better than 4 GB of DDR3.

Prepare for Installation and Test

Once you’ve bought a new graphics card, it’s time to install and test it. You may need to pick up a few extras from RS Components depending on your current computer and any other upgrades it requires. Otherwise, cleaning out all the old graphics drivers, fans and filters is the best way to prepare before installing your new card and hopefully it will work fine.

Then you’ll be ready to watch, play and work with a top-quality machine. Until an even better graphics card comes out that is. 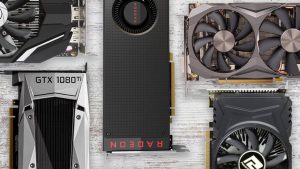 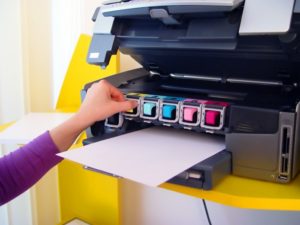 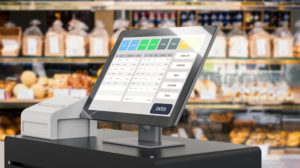 Everything You Need For Your Retail POS: Complete Hardware Solutions From Shopify