Use City Passes and Hop On Hop Off Bus to Save Your Budget /Time In Traveling!

Traveling is a very fun activity. We can let go of the heavy pressure of our daily activities and momentarily understand the essence of life, happiness! However, for many people travelling is an activity that is very draining money and time. This opinion is not entirely wrong and not entirely true if you know what I mean. To save time and money as well as you can do several ways, two of them is to simplify your “collection of tickets” and choose the right mode of transportation. This article will highlight how to deal with these two important factors.

You certainly do not want to travel while carrying a pile of tickets in your hand which you have the potential to eliminate one of them! Now, you can use some sort of discount card better known as city passes. This is a card that lets you visit various tourist attractions just by showing a card. This is a practical step and not just practical, it’s cheaper!

By using city passes, you can get special discounts on almost all attractions visited (provided by the card). There are many major cities of the world that accommodate the use of city passes such as Berlin, Amsterdam, Rome, New York, and so forth. They are big cities that have always been a tourist destination from all over the world. Today, you can find many city passes options and even, for one city you are provided more than one choice. For example, if you travel in London, you will be provided several interesting city passes options such as London City Pass, London IVenture, and London Explorer Pass. To enable yourself in choosing the best, reading reviews about Best Tourist City Passes is the recommended step.

Choose the best mode of transportation to explore the city

Hop on Hop off Bus is the most popular tourist mode of transportation today. This mode gradually began to replace the role of conventional taxis in delivering tourists around in major cities in North America and Western Europe. Using Hop on Hop off is the best way to enjoy the beauty of a city to the maximum, fun, and of course by using less budget. Like city passes, the Hop on Hop off Bus mode of transportation has been accommodated by some tourist cities in North America and Western Europe. You can take a multi-story bus with this balcony in cities like Rome, Berlin, Amsterdam, New York, Toronto, and more.

Nowadays if you search the Internet, you will find several companies of Hop on Hop providers off buses and choose one of them can sometimes be confusing. For example, in London alone, you can choose between the London Big Bus Hop-On Hop-Off Tour and the London Golden Hop-On Hop-Off Tour. Each offers its advantages and if you choose London Golden Hop-On Hop-Off Tour, then you are entitled to visit no less than 50 tourist attractions within the city of London. Not only that, these discount cards also offer tariff reductions in certain cities. The route provided also varies and you can choose one of the three provided. To guarantee you do not make a mistake in choosing, visiting the review of Best Sightseeing Hop on Hop off Bus Tours is highly recommended.

By using city passes and hop on hop off the bus then you can save your time as well as your money during the holidays. 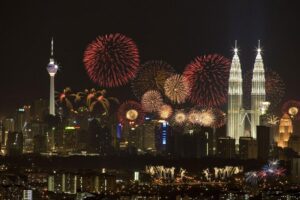