Home » Computer-Internet » Entertainment » You are reading »

Fancy Accessing Putlocker? A VPN to the Rescue

There was a time when the internet was a digital wild west. Given its ultra-rapid evolution over the last half a century, there are still a great many kinks and other oddities being worked out as we go. Those of us old enough and lucky enough to remember the pre-YouTube years, and a brief period in history when YouTube was nothing more than a comprehensive repository of cat videos, will also remember how easy it used to be to find anything on the internet.

This is no longer the case. Sure, all that stuff is still out there, but if you want access to any copyrighted material, you need to be prepared to put a little bit more effort in. Many nations have introduced legislation that requires ISPs to prevent their customers from accessing certain websites. One of the most common targets for this kind of restriction is the website Putlocker.

For many years now, Putlocker has been one of the most popular websites in the world for those looking to stream movies and TV shows that they wouldn’t otherwise have access to. Putlocker makes this content available for free, and without permission from the copyright holders. Putlocker doesn’t host any copyrighted files on its servers. If it did, it would be very easy to shut down. Instead, Putlocker embeds and links to content from other sources and makes it available on its page.

Putlocker was first blocked in the UK, the country where it was initially established, in May 2016. In response, the team behind Putlocker have used a number of tactics to make sure the website is still available. Their main tactic has been to switch hosting companies regularly, and therefore the IP address of the website.

However, with powerful enemies like the Motion Picture Association of America (MPAA) against them, and countries like the UK opting to block access to the domains at the ISP level, Putlocker is facing an uphill battle. At any given time, there are usually a couple of different URLs that take visitors to the latest working incarnation of the Putlocker website. However, this makes it difficult for users to bookmark and visit regularly. New domains are blocked, and hosting services issued with legal notices on a regular basis.

Wherever you are in the world, the chances are that accessing Putlocker is not going to be straightforward. Remember, Putlocker has some very serious enemies. In addition to the MPAA mentioned above, many other behemoths from the creative industry, as well as many of the US government anti-piracy agencies, are also gunning for Putlocker. These organizations wield enough influence in the US to request that actions are taken overseas.

Putlocker’s official designation by the United States as a piracy website also further complicates matters. Many of you will remember when Kim Dotcom of Megaupload fame had his New Zealand property raided and his vast assets and wealth seized. While Putlocker doesn’t allow users to directly upload content in the way Megaupload did, it still serves to show how vulnerable these websites can be.

As always, where there is a will, there is a way. If your country has blocked access to Putlocker, it can be very frustrating. The good news is that you can bypass this block by using a VPN. And even if you can access Putlocker, we would recommend using a VPN. There are many VPN services out there, therefore be careful and choose only a highly reputable VPN provider – like NordVPN. What for? To maximize your privacy and minimize the chances of getting into trouble for accessing any copyrighted content (this is at least a theoretical consequence in some areas).

When you connect to a website, the first thing you need to do is send that website a request, telling it you want to access a particular webpage on its servers. Usually, these requests are out in the open for all (or at least your ISP) to see. Your ISP can then look at the request and, if you are requesting a webpage from Putlocker, automatically block it.

With a VPN, this communication still goes through your ISP, but now it is encrypted. This means that your ISP cannot see what requests you are making. The requests, rather than being sent directly to the website with the content you want, are sent to a VPN server, which interfaces with the website for you. The result of this is that you can access Putlocker without anyone noticing.

If law enforcement were to seize the Putlocker servers and try and trace your IP address, they would only be able to trace it to the VPN server you used. You can also choose to connect through a VPN server in a different country so that your connection appears to come from there.

Putlocker is one of the most popular websites on the internet, but it is also one you don’t hear about much. If you are planning to use Putlocker, a VPN is a great idea. It will protect your privacy, and help you to circumvent many of the blocks that are in place. 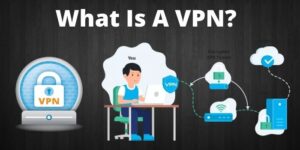