Race. It is a word with so much meaning. Merriam-Webster’s dictionary defines race as
“any one of the groups that humans are often divided into based on physical traits regarded as common among people of shared ancestry.”

In the United States, race is about so much more than our ancestry. It is about rights, equality, economics, healthcare, and so much more. Now, race is considered an “issue.” You will often hear people say “the issue of race” or “the race issue” to describe what is primarily referring to equal and civil rights matters.

What people don’t discuss often enough is how the issue of race impacts people, particularly people of color.

For people of color (POC), race is a topic that brings about a great deal of turmoil. It is no secret that there are racial disparities in the U.S., or that racial equality continues to be a major problem. But there are many more ways that people of color feel the impact of race and related issues in our society.

For people of color, especially those who experience racism or discrimination, there is a profound psychological impact. Frequent or pervasive exposure to racism or discrimination are known to cause chronic stress. Stress has a major impact on the overall health and wellbeing of individuals struggling with it. Some research has shown that stress and related chronic health problems are more common among people of color.

There are many misconceptions and assumptions about race and the education system. One example is that many Americans believe that affirmative action has all but ended discrimination in our school systems. That is simply not true. There are also assumptions that minority students continue to do poorly on standardized testing compared to their White peers due to genetics or culture. That is also often untrue.

At the heart of the disparities in education is the fact that many minority students – primarily people of color – have less access to adequate, quality, and equal educational resources. In fact, the U.S. education system has been called the most unequal of all systems across industrialized nations. There are obvious failings in teaching quality, class sizes, and school funding, but minority students are still largely blamed for not achieving.

Numerous studies and publications clearly document healthcare disparities between White Americans and people of color, particularly Black Americans. According to the Centers for Disease Control and Prevention (CDC), racism,

“negatively affects the mental and physical health of millions of people, preventing them from attaining their highest level of health, and consequently, affecting the health of our nation.”

In recent years, the disparities and inadequacies of the U.S. justice system have become more than apparent. Racial injustices span the justice system from policing to prosecution, incarceration and fairness. Racism and bias have all but destroyed the relationship between law enforcement and Black communities. In fact, 65% of Black adults in the U.S. report feeling targeted at some point because of their race. Furthermore, 35% of Asian and Latino Americans report feeling targeted.

The racism and bias in the justice system takes a huge toll on our communities, individual mental and physical wellbeing, and our society as a whole.

There are countless ways that race impacts people of color. The issue is, in fact, more than black and white, and it continues to impact almost every aspect of society. The four issues discussed above are only a highlight of the impact that people of color feel due to race, racism, and related issues. 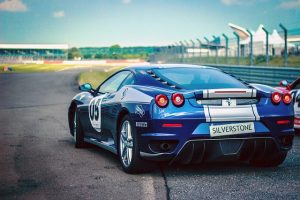 How To Prepare Your Car And Wheels For A Race