8 Types of Business Laws Every Business Owner Should Know About

Starting and running a business can be quite difficult as there are a lot of things that need to be considered and taken care of. From the everyday operational activities of the business, to the marketing and sales of its products or services and many more in between. And last but not the least, the various external rules and regulations that the business must to adhere to, in order for the entity to be allowed to continue to exist.

It is this last point, the external rules and regulation, or the laws that govern a business, that is the point of focus for this piece.

Unlike other previously mentioned issues that a business might face everyday, issues of a legal nature can often be both the most challenging for the business, and also have the biggest impact if not managed properly. This is because more often than not, a business owner is much more unlikely to know anything or much about the legalities of a law that governs his or her business. It is for this reason that they are much more likely to turn to a business attorney for help.

Having said that, here are seven important business law categories that every business owner should be aware of.

#1. Legality Of The Business (Company Laws)

There are several legal hurdles that a business must overcome even before it opens its doors to the general public, failing which the business might be seen as operating illegally, while its owners might possibly be sanctioned for operating a business illegally

These legal requirements apply to practically any and all types of businesses, big or small, and cuts across all industries. They are also the basic foundational laws that govern how a business is setup and in many cases, how it continues to exist in the future. These laws will often vary from state to state, and in many cases, might include a combination of federal, state or local laws, as well as laws from professional bodies such as those governing medical practitioners, legal professionals and much more

Chances are that at some point in time, your business might need to hire employees. If or when this time does come, you can be certain that there are laws that govern both the process of hiring these employees, as well as those that manage the ongoing relationship over its lifetime

Some of these laws include and govern things like labor relations, wage rates, vacation time, equal employment opportunity and more. Knowledge of, and adherence to these laws will go a long way in keeping the eyes and hands of the law away from your business, and consequently will allow you focus your energies on growing your business.

Tax laws are taken very seriously in the United States. It is no wonder that the Internal Revenue Service (IRS) is considered one of the most feared federal agencies in the US. Like many other laws, tax laws will often vary from state to state, while also being different at the federal and local levels. Additionally, oftentimes, tax laws might often cut across or have a symbiotic relationship with other laws that govern a business, for example, labor laws.

It therefore behooves a business owner to take any and all tax laws very seriously, as their violation can result in anything from very hefty fines to jail time, and in some cases, both. Therefore, investing in the services of a licensed financial or legal advisor, or in some cases both, is usually a wise thing to do, to greatly reduce the chances of your business violating any tax laws.

Marketing, advertising and sales are arguably the lifeline of any business, because without them there can be no growth or even sustenance of the business

It is perhaps because of this critical relationship that exists between a business and its customers, and the general public at large that you can often find strict laws that govern and regulate how a business or company markets or advertises its goods and services to the general public. Such laws, as is the case with practically all other laws written about in this piece, were without a doubt enacted for ‘the greater good.

The various marketing, advertising and sales laws are perhaps as diverse as the various platforms on which these activities take place, which is perhaps why you will often find different laws that apply to marketing or advertising on the internet, from those that can be found on Television, Radio, or in Print Newspaper for instance

Now because of the critical nature of the advertising, marketing or sales function to the survival or growth of a business, and the aggressiveness that a business owner might want to pursue these activities, extreme care must be taken not to violate any of these laws as a result of the enthusiasm of the part of the business owner.

It is perhaps even more important that, given the possibility that a business owner might decide to outsource this function to an external third party, he or she must be sure to keep on top of the activities of these third parties, so as to ensure that they are not knowingly or unknowingly violating any of these laws for which the business will be held liable for.

Privacy is a subject matter that is increasingly being taken very seriously by governments and society at large, especially in the wake of several data breaches at several large companies in the past few years, where certain sensitive data of the customers of these businesses were stolen or leaked online. In the wake of these incidents, governments around the world, especially in the United States and the European Union have been passing stricter laws regarding the privacy of the data of the users of businesses, and how this data is gotten, stored and used by the business.

Any business owner will therefore do well to keep abreast of both local and international privacy laws, as oftentimes, especially in this day and age of globalization, a business can often be subject to, and impacted by the laws enacted in other jurisdictions, such as the General Data Protection Regulation (GDPR) regulation enacted in the EU, which affects businesses from practically all over the world.

Some examples of some such laws found in the US are the Federal Food, Drug, and Cosmetic Act, Fair Credit Reporting Act, Fair Debt Collection Practices Act and many more. All of which regulate specific types of relationships between businesses and consumers.

The health and safety of its citizens is something that US government takes very seriously. This is obviously why it has several strict regulations that safeguards the health and safety of any and all individuals whenever they are in any environment, whether private or public. Some of the things that these laws might focus on include the provision of a hazard-free work environment, as well as the provision and promotion of healthy workplaces.

Intellectual property (IP) laws refer to those laws that protect the intangible products or creations of other individuals or companies. Because of their intangible nature, intellectual property rights, and consequently the laws protecting them, are much more easily violated than physical property rights and laws. Oftentimes, you might even find an individual or company unknowingly violating an IP right. Other times of course, such violations are wilful.

After all is said and done, adherence to these and other laws that regulate a business will always be in the best interest of the business and its owners. Not only does it prevent the business from getting into trouble with the authorities, it also allows for and promotes a healthy relationship with its customers, thereby removing some of the obstacles that might preventing the business from fulfilling the main purpose of its formation—making a profit. 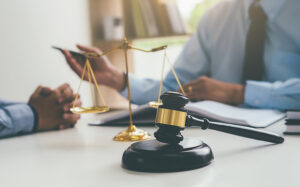 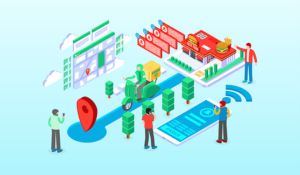