It’s astounding how much power and data mini PCs can pack in their tiny bodies and it’s precisely this compactness and efficiency that actually make them so coveted, and often pricy. You should generally be prepared to part with $600 to $800 for a quality mini PCs with a good couple of years of future, with some exceptions.

Before we get into the best mini PCs of this year, Inside Tech will first go over the idiosyncrasies of mini PCs’ components, giving you the framework to gauge the value of those machines as it relates to you.

With the exception of tiny, stick PCs which are indeed the least powerful, size doesn’t determine a mini PC’s place in the power spectrum. A better indicator of this is which of the two categories its processor belongs to – mobile-grade CPU (the laptop kind) or desktop-strength chip, which is self-explanatory.

The way you can usually determine that is by looking at the letter at the end of the CPU’s number. “K,” “T,” or a lack of a letter altogether are usually the mark of a desktop chip, whereas a “U” usually signifies a mobile one.

An exception to keep in mind is a “Y” in the middle, which points to a mobile chip regardless of how the number ends.

So, how to know which kind of processor you should opt for? If you’re planning to do some serious multitasking or processing and conversion of videos and photos, then it’s definitely worth getting a mini PC with a desktop-strength chip, but for lighter office work or tasks along those lines, a mobile-grade chip would do.

RAM should be at the very least 4GB, but 8GB would be a safer and more foresighted decision.

The hard drive shouldn’t be overlooked, as insufficient space can hinder an otherwise powerful processor. The bare minimum should be 128GB.

Mini PCs are compact by default, but there are levels to this compactness. A really handy feature that can save you even more space is VESA mount, which lets you attach a mini PC to the back of your monitor, as long as it complies with the VESA mount standard, which is usually the case.

The cooling system is particularly important to a mini PC as it allows such a mini structure to channel the power it does without overheating. The fan usually has more work to do than with regular-sized machines, so it’s best to find one that takes care of business relatively quietly.

Since portability is one of the main ideas of a mini PC, a practical one should have at least four ports.

There are other components and features we can look into, but their idiosyncrasies are no different from the ones of regular PCs.

Pricey, especially once you add the storage and RAM you need to buy separately since it’s a bare-bones PC, but very powerful, a true gamer’s delight. Its hybrid chip accommodates even VR.

This mini PC is praised for being extremely well-rounded, which is largely attributed to its intelligent design, allowing it to outperform machines that are better on paper.

ASUS VivoMini’s rival, this quiet and compact mini PC can seamlessly fit in your home theater system and generate enough power to stream 4K videos flawlessly, but not to multitask, so this is its true calling.

Since it’s a Chrome OS device, it’s much cheaper than it would have been otherwise, making it perfect for more trivial tasks or watching films.

This is somewhat of a cheaper version of the Intel Hades Canyon NUC that arguably matches it on all other aspects besides its price.

Up to Intel’s standards, this barebones PC offers great value for its money, especially for the DIY enthusiasts.

This miniature PC doesn’t shine, but it’s more than equipped and versatile enough to get the job done, regardless of how tight on space you might be.

Considered one of the best stick PCs, it’s perfect for streaming TV and running some day-to-day apps.

This small, but very powerful mini PC gives most desktop workstations a run for their money.

There are a lot more quality mini PCs out there, but these represent a nice sample of everything this landscape has to offer. 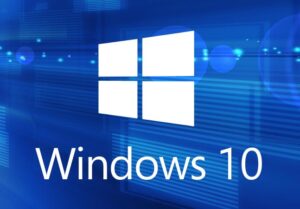 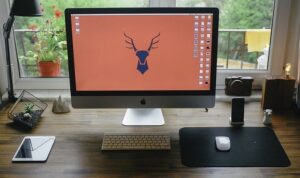 How to Make your Mac Safe?