Why There Is Increased Preference for Glass Shower Enclosures

Maintaining good aesthetics for the interiors of houses is a factor many homeowners consider. Having the traditional designs combined with the glassy features, there is an entirely new look that brings a comfortable feeling.

Glass has been identified as a material that creates unique aesthetics. It can be used in the creation of shower enclosures and also as bathroom panels. This is dependent on some factors that should be considered by the homeowners with the help of the interior designers among other professionals involved.

For a long time, most people are used to the traditional bathroom designs. These designs can be attributed to the customs of people and failure to conduct adequate research about interior designs before constructing new bathrooms in their new houses. This is why many investors and homeowners prefer seeking the help of interior designers to assist in decision making concerning materials to be used in the construction of specific features within a home.

Bathrooms are essential spaces in contemporary society. They are no longer considered as just a place where an individual would spend ten minutes to take a shower.

In modern cultures, the bathroom is treated as a personal space where people can spend time and relax. The incorporation of spas within the bathrooms has been one of the primary introductions in the contemporary bathroom interior designs.

The factors affecting the choice of shower glass panel to install

The choice of the panel may be dependent on some factors that include the prices, the design, the colors, the accessories in the bathroom, available space.

The prices of the shower glass panel to be used within a bathroom shower enclosure determine the choice of the client. It is common practice that homeowners would go for that which is affordable. Affordable should however not be confused with cheap. These two terms are generally confused by buyers who have trouble selecting the most suitable shower glass panels for their glass shower enclosure.  When doing shopping for the shower glass panels, the homeowners and interior designers most likely go for the most affordable choices available. However, caution should be taken so that the lower price of the panels does not affect the actual quality in the long run.

Modern glass panels that are used for the installation of shower enclosures are more improved through the addition of colors. Many colored glass panels exist, and the home owners are required to make a selection that best suits them. However, the colors should be dependent on the colors painted on the interior of the bathrooms where the panels are to be installed. The colors on the bathroom walls and that on the panel should be well blended. This technique helps in creating an attractive look of the shower enclosures as well as maintains its elegance.

The accessories in the bathroom

It is common practice to have accessories in modern bathrooms. The choice of glass panels to be used in the contemporary shower enclosures are affected by the accessories. The homeowners and the interior designers have to be careful to ensure that there is perfect blending in the long run.

There are some glass panel shower enclosures that are suggested by modern interior designers.  Mostly, the above factors are the determinant of the type of enclosure to be installed within a home. However, the modification can be done at any time if the homeowner requires. The following are some of the common contemporary glass shower enclosures that are installed in modern homes.

This is a common type of shower enclosure where the glass panels reach the ceiling. The shower is enclosed within a confined space. The panels help the users to transition from the open space into the shower enclosure. Ideally, it is recommended that such glass enclosed showers should have thick glass that has the capability of withstanding intense shock. This is due to the constant movement of the enclosure door which could be as high as the ceiling. This type of enclosure may be installed on one side of the walls of the bathroom. In addition to this, the homeowners may decide to use transparent or tempered glass. The choice is dependent on other factors such as price and pattern preferences.

Light is an essential element that is naturally in abundance. Most people would prefer having a natural source of light shining inside their bathrooms. However, this is a feature that depends on the orientation of the bathroom. If the bathroom is located in a dark position of the house, it would be difficult to install Shower glass panel that allow light to pass through. However, the design should be installed on one wall of the shower space that has a window entrance that can allow light to pass through. If such an opening is not available, it is possible from artificial lighting to be introduced. The inside of the enclosure is fitted with lighting of any color depending on the preference of the homeowner or the interior designer. There is much elegance, and that is created with the presence of light within the shower enclosures. In the cases where natural light is being used to light the shower enclosures, it should be necessary for the interior designer to ensure there is privacy from intruders in the outer walls.

They are premade in shapes that can be easily fitted to form the circular shower enclosures. This type is not common but is ideally installed in modern houses. The Model is mostly installed at the center of the room.  The design of the enclosures may be complex but once installed, there is uniqueness. The limitation of installing the circular glass shower enclosures is that they cannot cover a large area. Covering a large area would mean that a lot of space would be wasted since the circular shape would be installed on a large space within the room. Therefore, this type is more preferred for showers that only cover small spaces.

Some houses do not have enough space to set up large bathrooms. The confined space may require that homeowners look for alternative designs to fit the glass shower enclosures. The introduction of professional designers in small spaces can be fundamental as they help in deciding on the most appropriate models. Having a small bathroom can be a limiting factor for installing a glass shower enclosure, but that should not deter homeowners from enjoying contemporary designs. Instead, there is the probability of having the small bathrooms installed with the small enclosures that only cover the shower area with no added accessories. Mostly, the installation of frameless enclosures in such a situation would be recommended. The frameless enclosures ensure that only enough space is utilized. Also, the design allows for a convenient and smooth transition from the open space to the enclosure. This should be the first choice for individuals who want to have glass shower enclosure but have to compete with the limited space.

This is another common design of modern shower enclosures. The enclosure is mostly suitable for showers that are on one wall of the bathroom. One of the faces of the enclosure is installed with a sliding door. The door is slid so that the user can enter the shower enclosure. The sliding door of glass shower enclosure may be used for confined spaces. However, they are also usable in areas that have enough space, and the homeowner is looking for uniqueness and utility of only a small area as a shower space.  In the installation of the sliding doors, it should be meticulously done to reduce the risks of wear and tear. Also, there should be well-installed handles to avoid injury on the users while opening.

Why glass panel showers are most preferred in modern house designs

The new trends of installing glass shower enclosures have played a role in the design of modern bathrooms. There are various factors that contribute to many homeowners preference for modern designs compared to the traditional ones.

Many homeowners desire to have attractive bathrooms in their houses. The use of glass shower enclosures helps in augmenting other designs and colors within the bathroom space. For instance, when the glass enclosures are installed, the tiles on the walls and the floor of the bathroom remain visible. This helps in maintaining the color and pattern designs which could have otherwise remain hidden if the traditional designs of wood were used. Interior designers should strive to maintain the original designs and not incorporate glass enclosures that would fight the elegance and attractiveness.

When customizing most of the traditional designs, it is a requirement that there should be a demolition. The demolition could lead to the damage of the materials being removed or other accessories within the bathroom space. With the glass enclosure, it is easy to customize them when needed. Ideally, since most of them are held to the walls and the floor using screws, all that is needed is t unscrew them so that the necessary customization can be implemented. The customization may include changing the type of glass, the design or orientation. All these can be executed safely without damage to the materials or posing a risk to the people removing them.

Cleaning bathroom walls has never been easy. With the traditional wooden designs, there was the risk of formation of molds indoor spaces. The spaces are also difficult to wash entirely. The services of professionals may sometimes be required to ensure the surfaces remain clean at all times. With the glass shower enclosures, the homeowners can easily clean them without the expertise of professionals. 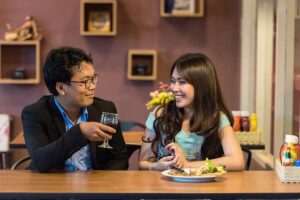 Can Matrixyl turn back time?

4 Uber-Chic Watches for Boys That Are a Must-Have 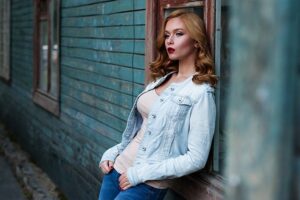 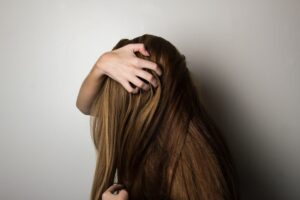 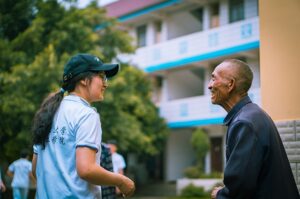 Why You Need to Become a Volunteer (Reasons)