Virtual Sports Are The Next Best Thing To The Real Thing

We’ve learned a lot about ourselves as a society during the COVID-19 pandemic, not all of it good. However, one area of industry that has blossomed during the many shutdowns, lockdowns and closures caused by the outbreak of the novel coronavirus is the virtual reality industry.

Being able to do things we’d normally do online has saved many a situation, whether it be the ability to order groceries online, or to organize a video chat between co-workers all doing their jobs from the comfort and safety of their own homes.

Virtual reality also kept sports fans and sports bettors going during the pandemic, as all of the major sports across the globe shuttered their doors and ceased competition. Virtual sports leagues came out of the closet and into the mainstream, as nerds virtually acting as real-life sports heroes within the virtual realm filled our society’s need for athletic competition. These virtual sports and eSports, an afterthought at many betting sites prior to COVID-19, were suddenly thrust into places of prominence at Onlinesportsbetting sites throughout the world.

Not only did this virtual reality competition fill a void, it exposed the mainstream sports fan and the mainstream media to just how talented these virtual competitors were. Even though all of the old-school mainstream sports are back in their respective fields of play, virtual sports found a place in the grand scheme of things and aren’t going anywhere. In fact, it’s only continuing to grow by leaps and bounds.

Originally, many networks and online betting sites filled their sports programming void with the actual athletes playing themselves within the virtual realm. NASCAR set up a virtual race schedule and each driver raced on the screen as themselves as the races were broadcast during the time slot reserved for the actual race. Formula One set up a virtual circuit featuring drivers past and present and opened up a weekly qualifying session in which gamers were offered the chance to try and earn a spot on the grid alongside one of their racing heroes.

The NFL, MLB, NBA and NHL all put together tournaments on their respective video games, with one player from each team designated to represent their club in the world of virtual reality.

The NBA was the first of the major North American sports leagues to embrace the world of virtual sports in a big way. They set up the NBA 2K League, in which teams of gamers representing actual NBA teams compete in regular season and playoff competition on the popular EA Sports video game version of the NBA to determine a virtual NBA champion.

Just like the real teams, tryouts were held to find elite talent and then a draft was conducted to stock the teams. Instead of performing as virtual versions of actual NBA players, each team member created their own online virtual persona.

Virtual sports also went to the Olympic Games for the first time. While they weren’t an official medal sport, the Olympic Virtual Series was conducted from May 13 to June 23, 2021 around the time of the Tokyo Summer Olympic Games, creating a stage to connect the physical sporting world with the virtual and simulation sports gaming community, providing an opportunity to engage with the Olympic Movement.

The Olympic Virtual Series events were aimed at maximizing online participation and prioritizing inclusivity to mobilize gamers, eSports, and virtual sport enthusiasts around the world. Clearly, the International Olympic Committee is recognizing not only the rapid growth of virtual sports, but also how the landscape of sporting competition has entered the virtual realm.

“The Olympic Virtual Series is a new, unique Olympic digital experience that aims to grow direct engagement with new audiences in the field of virtual sports,” IOC President Thomas Bach said. “Its conception is in line with Olympic Agenda 2020+5 and the IOC’s digital strategy. It encourages sports participation and promotes the Olympic values with a special focus on youth.”

Many believe this move could prove to be the first step toward virtual sports eventually gaining stature as official Olympic medal sports. 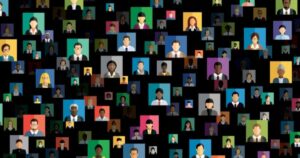 The Importance of Online Registration for Your Virtual Event