A Trip from Pune to Shirdi with my Family

I was recently transferred to Pune. Away from family, soon my colleagues and flatmates became my friends and family. Still, on the eve of my birthday, I missed my family. Since it was a weekday off with nothing to do, my flatmates decided to cheer me up by planning a day trip to Shirdi.

We were all excited about the trip but the time constraint made our plans dicey. Then one friend suggested we book a cab since it could make our travel convenient and we could follow our own itinerary.

We planned to book a reliable Pune to Shirdi taxi service. But I was apprehensive about the reliability and safety.

After we searched online and read reviews, we decided to book a cab in Pune with a trusted vendor. We had planned to start early morning but weren’t sure whether the driver of the cab would be able to come so early. But to our surprise, the driver called us, minutes before the agreed time. So, we were ready when the cab arrived at our doorstep at three in the morning. My two flatmates and I boarded the car. We were happy with the courteous driver and clean car.

The driver explained the options of routes we could take for Shirdi. One was by Pune Nashik Highway, it was shorter and had better roads. The second was Ahmednagar Shirdi Highway. This was a bit longer but had few scenic views on the way. As it was still dark and we had a time constraint, we opted for Pune Nashik Highway. We wanted to reach early and return by night.

So, we started our trip to Shirdi by taking the NH60. My friends slept, but I was awake as it was my first trip to Shirdi, so didn’t want to miss any sights. It was still dark but the cool breeze and tranquillity were therapeutic. The driver was driving at good speed but not rashly. We enjoyed the beautiful sunrise on the highway. Our driver stopped at some spots en route where we could click some memorable pictures. We also stopped for breakfast at a small roadside restaurant to have breakfast. The hot poha with tea energized all of us.

As the road was comparatively less crowded due to the early hours, we covered the distance fast. Instead of the usual five hours, we took less than four to reach Shirdi. We first planned to visit the Sai Baba Mandir, as we had heard there are always long ques with hours of waiting for the Sai Baba darshan. Surprisingly, there was not much rush that day, maybe due it being a weekday or we were lucky. Our driver has advised us to leave our mobiles and slippers in the car as they are not allowed inside.

I was very happy as I was celebrating my birthday in such an auspicious location. We only needed to stand in queue for hardly an hour in the Samadhi Mandir. We had a very good darshan, with no pushing or crowd. As we saved time due to shorter queue, we spent that time exploring the temple complex. We saw the museum, the Prasad room, etc and spent some time sitting in the courtyard, enjoying the spiritual atmosphere. Then we went to Dwarkamai. It is a mosque where Sai Baba spent his life. There is a pious fire, from where the vibhuti comes. This vibhuti is considered to be very powerful in treating illness and warding off the evil eye. Right beside Dwarkamani is another place called Chawdi. Here too it is believed that Sai Baba spent his life.

After seeing all the sights and taking Sai Baba’s blessings, we had lunch in one of the restaurants around the temple complex. Then we shopped for some trinkets, kada, etc from the small stalls around the temple. Then in the evening, we headed back for the return trip, content and happy.

The return trip was a bit longer, as we encountered traffic on the highway. So it took us almost six hours. Though we faced heavy traffic, our driver still drove with absolute control and safety. Finally, we were dropped safely back at our house, by the time we had planned.

How to reach Shirdi from Pune:

There are a number of taxi services in Pune, from which anyone can book a cab online or offline. Passengers enjoy timely pick-up and drop facility at their doorstep with a reliable vendor. The drivers will also provide all the timely information to the passengers and ensure the passenger is comfortable throughout the journey and is safely back. 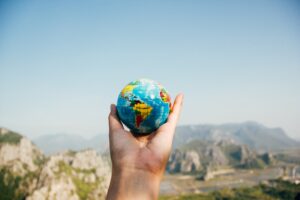 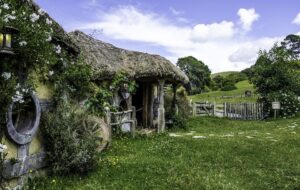 6 Incredible Places To Visit In New Zealand and Australia 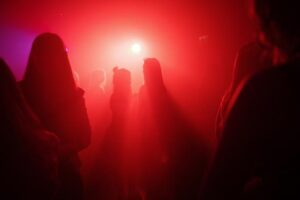 Top 10 Nightclubs in Hong Kong for Your Business Drinks