The Benefits of Getting Involved in Wrestling Class

All types of martial arts are an excellent opportunity for those who want to stay fit and healthy because such activity requires a lot of physical effort. One of the most exciting options is wrestling, an ancient sport that takes place throughout the world, both as an Olympic sport and as amateur practice. Wrestling is quite popular, and many people dream of training it. To fight in the ring, wrestlers must have good strength, agility and technique. What are the benefits of getting involved in wrestling class? In this article, we will present some advantages of wrestling.

Wrestling is primarily a grappling sport that focuses on controlling the opponent through clinching, throws, takedowns, joint clamps and more. There are multiple styles of wrestling.

The goal of wrestling is to immobilize the opponent and put him with his back on the ground to end the fight. When none of the professionals can end the fight with this movement, the decision is made by the judges, according to the cumulative score of the two rounds.

In wrestling, athletes can use back, arms and legs to defend and attack each other. If one of the fighters open a ten-point advantage, he is announced as a winner.

Categories of Olympic wrestling (for men) are divided into weight: 57kg, 65kg, 74kg, 86kg, 97kg and 125kg. The non-Olympic categories are 61kg and 70kg. Wrestling is played on a 12×12 meter mat, and athletes wearing uniforms have a 30-second interval between the two laps.

A pinch of history

Wrestling is one of the oldest sport in the world and was already practised by the Egyptians. Also, in ancient Greece, this sport had great importance in the Olympic Games.

Modern wrestling originated mainly in America; the first English immigrants who set foot in America had a strong wrestling tradition and thus it became part of the culture in the US. In the early days, wrestling was limited mainly to fairs or circus tents. Later, however, in 1888 the first organized national wrestling event was held in New York. In 1904 wrestling was put on the program for the first time in the modern Olympic Games.

What are the benefits of taking a wrestling class?

Being a trainee in a wrestling class is advantageous both to body and mind as the practice of this sport promotes body awareness. To train wrestling, it’s required to know yourself well, learn various new skills, and understand the limitations of your body. Also, wrestling classes demand a large dose of commitment and dedication of the person learning it, which helps to develop self-control and determination.

Wrestling requires a lot of effort, thus, practising this sport supports physical strength, speed and condition. It strengthens muscle groups such as the legs, arms, torso and even the neck. Wrestling can also help you with a weight loss, or to tone the body.

Moving fast during wrestling helps to improve agility and reflex and requires a lot of concentration and balance. Therefore, getting involved in wrestling class can be beneficial for your coordination.

Wrestling is for everyone

This martial art also relieves stress and teaches self-control, providing greater state of health and the balance between body and mind. What is more, wrestling doesn’t discriminate and can be practised by children, adolescents and adults, as a qualified teacher guides them.

The height, age, sex or weight of the person doesn’t matter; anyone is qualified to practice wrestling. There are categories for all ages, weights and gender.

It’s a sport of INDIVIDUAL contact. Which tells us that you are against the opponent and nobody else. This puts the person in the situation of depending on himself during the combat situation. This helps the student to become more independent and have the ability to solve life dilemmas himself.

Since wrestling is a combat sport, it demands a lot of discipline. The fighters train early in the morning and also in the afternoon to be prepared. If we add the hours of daily training, it would be 5-6 hours. This teaches commitment and hard work. A quality that would help the fighter or practitioner when studying or working.

The feeling of competition

In this sport, you can’t be left behind in training. Wrestling forces the practitioner to be together with his teammates and to seek better solutions during every moment. Every day at the club, you can see wrestlers getting better and better, and they help each other, which makes all the students more devoted to their team. It’s a necessary feature in society because you have to be competent, whether in school, university or work.

Taking a wrestling class can improve many of your abilities such as balance, reflex, strength, endurance and agility. You also gain knowledge about maintaining a healthy diet that will help you when it comes to competition. Also, wrestling is open to everyone: unlike other sports where you have to have a certain body type to succeed. Through wrestling classes, you come to understand the mental and physical stamina required to practice this sport. This allows you to develop an appreciation for your opponents and others in the field. 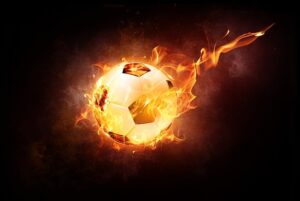 « Perks At Work You Wish You Had
What kind of Motorhome Tourist Are You? »