Are you a fan of Vaping ? Do you get allured by the Vape deals but you don’t purchase them because you are stuck with some myths in your mind? Here is the one-stop solution to clear all your doubts!

Vaping is popular and so are the misconceptions. A lot of imprecise information and inaccurate facts about e-cigarette are flooding on the web. This inexact and inappropriate data misleads the potential users and creates confusions in their mind. This article aims at targeting some baseless myths and breaking them.

Myth 1- Vaping will give you a popcorn lung

Popcorn lung, in medical terms, is known as Bronchiolitis Obliterans. It is not cancer, but a type of lung disease. This disease occurs due to high-level exposure to the chemical Diacetyl.

It was given the term Popcorn lung because it was first observed in a bunch of workers of a popcorn factory.

The myth originates from the buttery flavour of the e-liquids in the e-cigarettes. It is believed that this flavour comes from diacetyl. Reality is that this chemical was banned long ago. Though some flavours were found to be having this chemical the action was taken as soon as it was realized. One more important fact is that even if vape flavours contain diacetyl, it will always be far less than the levels found in the traditional cigarettes.

There’s have been no instances that indicated Vaping as a cause of this rare disease. And there is no good evidence that Vaping can cause a popcorn lung.

Myth 2- There is no regulatory body over the Vaping Industry

This is a hoax. There are regulatory bodies over e-cigarettes. The regulation differs from country to country. Some countries have totally banned them, some have imposed restrictions over it. The UK is the most stringent when it comes to e-cigarettes. Vaping is monitored as rigorously the Medicines in the UK. They only allow licensed devices in the market. Vapes and Electronic Cigarettes in the UK come under the Tobacco and Related Products Regulations 2016. Any product that launches in the market has to be notified to the UK Medicines and Healthcare products Regulatory Agency (MHRA). All this is done because of its popularity and massive consumption. The slightest error can create uncontrollable havoc.

Same goes with the US, it has given legal status to e-cigarettes. The Food and Drug Administration evaluates every minute detail of the products and accordingly, take the necessary action.

Countries like Singapore, Brazil, Uruguay, and Seychelles have banned e-cigarettes. Some Countries are still waiting for e-cigarettes to get approved as a non-illegal entity.

This is one common misconception. A lot of people believe that Nicotine in Cigarettes is the sole reason for all the deadly diseases that come from smoking. But that’s not the case! Traditional Tobacco Cigarettes contain 7000 chemicals. They contain ammonia, carbon monoxide, arsenic and a lot more. Nicotine is also a part of it but it majorly contributes to the addiction aspect of smoking. E-cigarettes contain Nicotine only and one can easily change the respective amounts.

Vaping is mostly done by those who are trying to get rid of traditional smoking. Nicotine cannot be removed from e-liquids because that would not help smokers to get rid of their habit. Nicotine is not a primary cancer-causing agent which makes Vaping 95% safer than smoking.

Myth 4- E-Cigarette Smoke is harmful to the people around

Passive smoking is an actual thing! But this will apply to the non-vapers, only when the vapers get adversely affected. Smoking and Vaping have almost similar looking byproducts but their composition is different. Smoke from Vapes is just the vaporized form of e-liquid, aerosol. The e-liquid just contains some flavours, propylene glycol and glycerin. The residue is far better than tar and other deadly chemicals.

The one vaping is prone to fewer dangers, which makes the one standing around absolutely safe. No health risks have been identified for the bystanders. Though it is advised to the people with respiratory conditions to maintain distance from e-cigarette vapour

It is being said that e-cigarettes lead to addiction, which later promotes the tobacco consumption. Contrary to that, a survey states that’s that 2.9 million people in the UK have left smoking because of switching to e-cigarettes. E-cigarettes were ideally introduced for this purpose only. The nicotine in the e-cigarettes attracts the smokers and keeps them bound. There is a range of nicotine levels that one can opt for. The range varies from 0mg to 24mg. A heavy smoker, in order to get rid of the addiction, can start with 24mg and gradually reduce the strength.

This process has helped millions dropping cigarettes. Therefore, E-cigarettes are not a catalyst in tobacco addiction. Instead, they are an instrument for de-addiction.

These were the stereotypical myths attached to Vapes and E-cigarettes and we hope, we managed to break them down. Vaping is far better than Smoking and it is difficult to find reasons to not to resort of it. 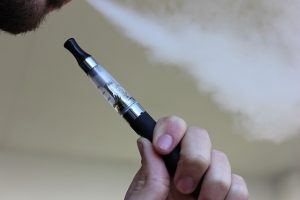 A Guide to Shopping for Your First Vaping Device 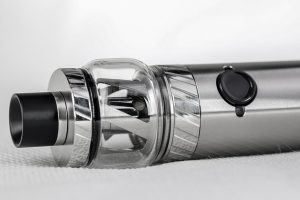 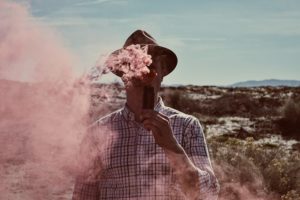 The Science of Vaping 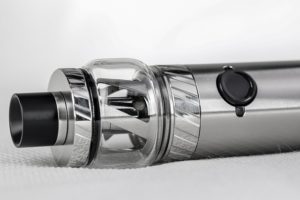 A Beginner’s Guide to Vaping

New User’s Guide to Taking Care of Your Vapor 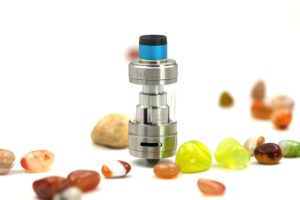 Reasons Why Smokers Should Make the Switch to Vaping