How Bollywood movies are shedding their grandness for realism and thrills?

Earlier, Bollywood was divided into two segments – commercial movies and art-house movies. Commercial movies would have all the ingredients of a masala entertainer – larger than life hero, holier than thou heroine, evil villain, songs, action, happy ending. Whereas, arthouse films would generally be devoid of these tropes or would be subverting them. However, with time, the lines between the two categories have blurred.

In recent times, there have been many movies which have been made without songs like A Wednesday!, The Ghazi Attack, Game Over. In many movies, songs are also subverted to give a fresh approach to the narrative. The best example of this exercise can be seen in the Agent Vinod song Rabbta. Shot in a single take, the song sequence is a romantic number as well as an action sequence at the same time.

The presentation of movies has also witnessed a drastic change. Earlier, movies were all about large set and fist fights in the villain’s den in the climax. Today, realism and sleekness rule the roost in filmmaking. Now, movies are shot in real locations for authenticity and the scale of action sequences has expanded to parkour sequences, sleek shootouts and gut-wrenching hand-to-hand combat sequences. Just have a look at the action scenes in recent films like Uri: The Surgical Strike, and Sonchiriya to understand how action set-pieces have evolved in Bollywood. These sequences are so well-choreographed and sleek that are a treat to watch in itself, again and again.

Also, the box office sings the same tune. Right up till the early 2000s, big spectacle films were expected to break the box office records. But of late, content-driven films have taken centre-stage when it comes to the box office too. Take, for example, the highest grossing Bollywood movies of 2019 till now. Uri: The Surgical Strike, a modestly budgeted war film (a rare genre in Bollywood till that point) went on to become the highest grossing movie of the year. Films devoid of big spectacles or action sequences like Gully Boy and Badla too shined at the box office on the strength of its strong plotting and characterisation. Hence, this phase marks a crucial shift in audience tastes.

This has led to many actors achieving their breakout moment and were celebrated for their craft. Now, looks were secondary and talent flourished in the forefront. Hence, actors like Nawazuddin Siddique, Pankaj Tripathi, Mohammed Zeeshan Ayyub are not just appreciated for their performances but also have a considerable fan following.

At this point, the formula to succeed in Bollywood is exploring fresh storylines without desensitising the audience from it. While this makes for a tricky space for filmmakers to function in, it is a welcome change for an industry that has often been criticised for a lack of originality and reliance of clichés. 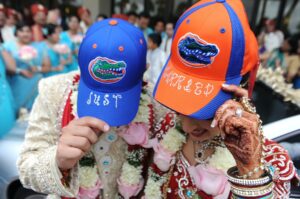 « Why Rent Is Better Than Buying In An Overpriced Property Market?
Why AI Technology is the Future for Businesses »