It’s no surprise that more and more businesses are turning to mobile apps to engage their customers. According to recent research, 98 percent of organizations will have at least one app by the end of this year.

This is excellent news for both companies and consumers alike, with many apps integrating new features such as online payment systems and access to customer records.

But it also creates concerns around privacy and security, especially when you consider that 50 percent of all data breaches last year were caused by weak or stolen passwords.

So how can companies ensure that their valuable information is kept safe? And what about the personal details they’ve gathered from consumers – is it possible to protect those too? The answer lies within API technology, and for those who aren’t sure what that means, don’t worry. We’ve explained everything you need to know below.

What is an API?

API stands for Application Program Interface, and essentially it’s a set of guidelines and tools that allows one digital application to communicate with another (in the same way as humans use language as a form of communication).

For example, Uber relies on API technology to link up with other popular apps such as Google Maps, which is how your phone knows where you are when using Uber and can give you turn-by-turn directions accordingly.

APIs are being used more frequently by businesses nowadays because they allow them to build better relationships with their customers – meaning they have more opportunities to market themselves successfully.

It also allows them to create more complex software and integrate new features that they might not have had access to before (such as online payment systems).

It’s all about making information sharing easier for everyone involved – but unfortunately, these same benefits can present an issue when it comes to security.

Why is API Security Important?

API security is essential because APIs are becoming more and more common, and most applications include at least one API. Unfortunately, these APIs aren’t always secure.

Most of them probably aren’t. Like with web application security, we need to start taking the security of our APIs seriously before we become overwhelmed by a deluge of data breaches embarrassing enough to make headlines.

The rise of the Internet of Things (IoT) is also bringing about a new wave of connected consumer devices that collect private information and rely on some type or form of API for access.

If those APIs aren’t secure from hackers, then those user accounts could be compromised as well. For IoT devices to gain widespread acceptance, consumers will need to have confidence that they’re secure.

Lastly, mobile API security is vital because APIs are becoming more and more critical to the way applications work. For example, many of today’s mobile apps are little more than user interfaces on top of APIs.

Before long, it won’t be possible for developers to create new applications without them, meaning API security will become a mandatory part of app development.

APIs allow companies to collect and share customer data easily, so if one business wants another company’s list of customers, they request this via their API program. This means there is no need for separate databases or software platforms, reducing both cost and risk.

For example, banks can use APIs to share account information with third-party companies, giving their customers the ability to make online payments without sharing sensitive information like bank details.

APIs are standardized by an international body called The Open Group, which strengthens security and makes life easier for everyone involved (customers, businesses, and third-party developers alike).

This means that apps using APIs can connect to other pieces of software more quickly, as well as securely, but it also reduces the risk of a potential breach – meaning your data is safer than ever before.

They create a common environment for apps

Thanks to open standards set out by The Open Group, all apps working with APIs are bound to a common security environment. This means that shared data remains secure as it never leaves the app and is only available to those who have been given access from both ends.

They make it easier to install software updates

In some cases, companies use APIs to distribute new versions of their app directly – meaning that customers no longer have to update a program themselves manually.

Although this isn’t always necessary (as some apps will automatically check for updates at certain times), using an API can certainly streamline the process – making it more efficient and less time-consuming for everyone involved.

API technology also allows businesses to get direct feedback about potential new features (and improvements to existing ones).

This works the same way as a question and answers session at an event, where customer service staff answer customer questions in real-time. This means that businesses can see what their customers want more, making developing successful apps much simpler.

There are many third-party companies out there whose sole purpose is to provide detailed analytics about your app’s performance, including the number of downloads, daily usage statistics, and much more.

Businesses can use this information to track how well their app is performing against competitors, which gives them valuable insight into how they can boost sales moving forward.

APIs have allowed app developers to build in additional security features that weren’t available with previous versions of their programs. For example, games can include two-factor authentication when players log in, so you’ll need both your username and password as well as a code sent to your phone before being able to play.

This makes it much harder for hackers to access accounts without permission, which is good news for customers.

APIs also allow businesses to see exactly what third-party apps are being used with theirs. This ensures that nothing untoward happens behind the scenes they don’t know about (which means they can react swiftly if necessary).

You’ll be notified if a developer is abusing your data by sending it to a third-party company or if they’re spamming you with adverts that don’t relate to the app itself.

By using APIs, developers can push software updates straight through to users’ devices, making them run faster and more efficiently. This also helps reduce battery drain by limiting the energy used when running certain app features (like location services). In short: using APIs improves the performance of all apps involved.

Using APIs means that businesses can offer customers brand new features within their program without waiting for an update from the App Store. Customers will have access to these features when they’re available, which saves them time and hassle. 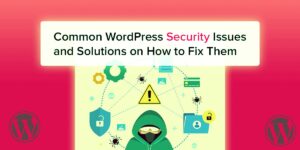 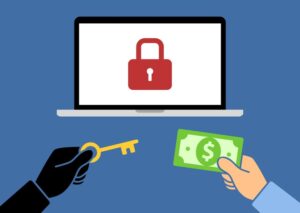 How To Prevent a Ransomware Attack

« How To Open A Postal Communication Centre Franchise
What is The Next Biggest Cryptocurrency? »