An excavator is a heavy construction equipment used for digging and moving large volumes of earth and other materials. It consists of a boom, stick, and bucket mounted on a rotating platform called the house, which is supported by tracks or wheels. Excavators have been around for over a century and have undergone significant evolution in terms of design, performance, and functionality.

In this blog, we will explore the various applications of excavators and delve into the different types of excavators available. There are considerations in selecting the right excavator for the job and providing an outlook on the future of excavator technology.

Excavators come in various sizes and configurations, each suited for specific tasks and environments. Some of the main types of excavators are:

Crawler excavators: Crawler excavators are the most common type of excavator and are typically used in construction and heavy-duty tasks. They are mounted on tracks, which provide stability and traction, allowing them to operate on rough and uneven terrain. Crawler excavators can be fitted with a range of attachments, such as buckets, hammers, and grapples, to perform a variety of tasks.

Wheeled excavators: Wheeled excavators are similar to crawler excavators but are mounted on wheels instead of tracks. They are typically used in applications where mobility and speed are essential, such as highway construction and utilities work.

Excavators are versatile pieces of equipment and are used in a wide range of applications:

Construction: Excavators are commonly used in construction projects for tasks such as digging foundations, trenches, and pits, as well as demolition work. They are also used for material handling, loading and unloading trucks, and landscaping tasks such as grading and leveling.

Mining: Excavators are widely used in the mining industry for the excavation of ore and minerals. They are also used for loading and transport of materials within the mine site.

Civil engineering: Excavators are essential in civil engineering projects such as the construction of roads, bridges, and tunnels. They are also used for dredging and land reclamation projects. In case you are thinking of hiring one consider excavator hire sydney.

Agriculture: Excavators are used in agriculture for tasks such as digging irrigation canals, ponds, and reservoirs. They are also used for excavation in the construction of agricultural buildings.

Military: Excavators are used in military operations for tasks such as the excavation of fortifications and bunkers, as well as the clearance of mines and unexploded ordnance.

Considerations in selecting an excavator:

There are various factors to consider when selecting an excavator for a specific job. Some of the key considerations include:

Excavators are versatile and essential pieces of equipment in various industries, including construction, mining, civil engineering, agriculture, and the military. They come in various sizes and configurations, each suited for specific tasks and environments. When selecting an excavator, it is essential to consider factors such as size and capacity, type of work and terrain, fuel efficiency and emission standards, and operator comfort and safety. The future of excavator technology looks bright, with the increasing adoption of advanced features such as hybrid engines, advanced operator assistance systems, and autonomous capabilities. 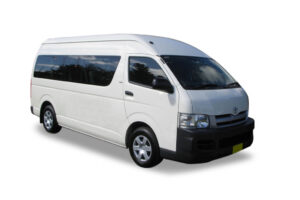 « Moving out to live alone for the first time? Here are a few things to consider
Singapore: Why this tiny island is gaining popularity as a top relocation destination »