Robotaxis Are Changing the World

Robotaxis, also called self-driving vehicles (SDVs) or autonomous vehicles, are transforming the  way people live, work, and move around. These vehicles are progressively resulting in a decline  in the number of vehicles on city streets, a decrease in road accidents, and a drop in tailpipe  emissions. Their widespread adoption could lead to more potential benefits in the world.

How Robotaxis Are Transforming the World

Robotaxis are significantly changing big cities around the world. Some of the positive impacts of  these autonomous vehicles include:

A Drop in Traffic Fatalities

The United States Department of Transportation (USDOT) projects that the widespread adoption  of SDVs will result in a 90% drop in the number of traffic fatalities. In 2017 alone, USDOT  recorded 37,133 deaths due to car accidents. Approximately 94% of these accidents were a result  of human error. A 90% drop, therefore, would save up to 30,000 lives in a year.

Robotaxis are enhancing traffic flow in congested cities, like Shanghai, due to their ability to  drop passengers off and keep moving. This could become reality in other cities worldwide if  people fully embrace and use automated taxis rather than purchasing their own SDVs. With a

drop in the number of people requiring to park their cars, land that currently provides large  parking spaces could be converted into attractive public spaces or houses. Arizona’s city of  Chandler has already amended its zoning laws to make room for robotaxis, allowing developers  to construct properties with limited parking spaces, provided they set aside curb-side passenger  loading areas.

Robotaxis are significantly enhancing the daily commute. Rather than sitting behind the steering  wheel, a commuter can sit in the back, get some work done, or relax and get his or her daily  entertainment dose from Netflix or another streaming service. By using robotaxis, American  workers are likely to save up to 80 billion hours lost in traffic, saving the economy $1.3 trillion.  The bottom line is that robotaxis give commuters more free time to do something productive or  simply relax.

Given that robotaxis travel down the highway and communicate with each other at continually  spaced breaks, more vehicles could be on the road as they would require less space on the road.  A Colombia University study revealed highway capacity could rise from 3,000 for human operated vehicles to approximately 12,000 in a situation where all the vehicles on the road were  autonomous and communicating with each other at 75 mph. This would be possible because  driverless vehicles traveling at 75 mph reduce safe vehicle distance to around 16 feet, compared  to more than 115 feet that human-operated vehicles moving at the same speed need for safe  stopping.

Thanks to vehicle-to-vehicle communication systems, robotaxis know what the vehicles ahead of  them are going to do even before they do it. For instance, if one vehicle must brake, all of the

vehicles behind it could do so at the same time and as a result, reduce the ripple effect moving  through a line of vehicles. Once everything is back to normal, all of the vehicles could then  accelerate effortlessly and gradually back up to speed.

Since self-driving cars are connected and travel at the same speed, they can maintain a  continuous engine speed. This enables them to lower fuel consumption drastically. A reduction  in traffic congestion is also likely to save up to 2.9 billion gallons of fuel per year.

Given that robotaxis are linked together, maintain a specific safe distance between each other,  and can accurately predict the action the vehicles in front will take, they eliminate the need to  make room for human responses on the highway. The cars can, therefore, move continuously at  higher average speeds, while still maintaining safety and efficient fuel consumption.

Human-operated rideshare taxis are heavier than robotaxis due to the need to accommodate  safety equipment. They are built from steel and feature crumple zones as well as steel door  beams in readiness for rideshare crashes. Robotaxis, on the other hand, have a low risk of a

crash, which reduces the need to develop cars that can survive nasty crashes. Consequently, these  cars are lighter, which enables them to conserve fuel. A person can organize the interior any way  he or she wants because there is no specific guideline that dictates where control devices for the  car should be positioned. Since there’s no need to worry about the visibility of the driver, all the  seats can be adjusted to face inwards. 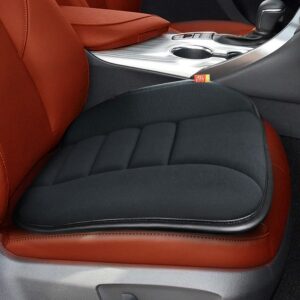 What to Know About Memory Foam Car Seat Cushion 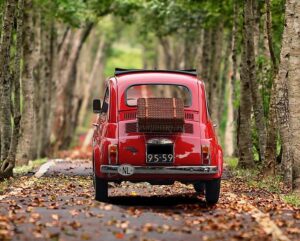 A Much-Needed Upgrade: Taking Your Vehicle to the Next Level 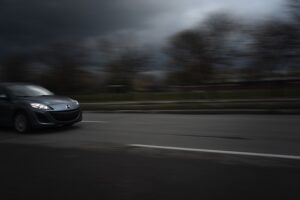 I Have Weak Eyesight and I Sometimes Have to Drive At Night: What Precautions Should I Take? 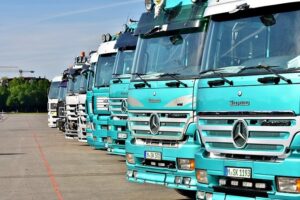 Do You Run a Trucking Company? What Type of Insurance Do You Need? 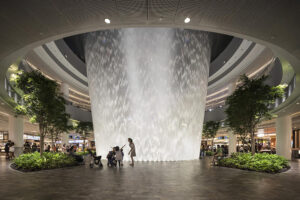 A Review Of Jewel Changi Airport 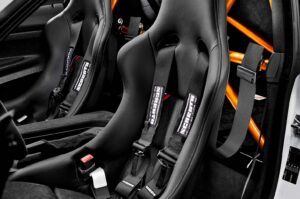 What do you need to know about the Harness? How to Install Racing Harness without Bar?