Is Bluestacks Safe for Windows and macOS PC?

Do you wish you could play Mobile Legends or PlayerUnknown’s Battlegrounds (PUBG) on a bigger screen? Wouldn’t it be easier to enjoy the graphics when you play your favorite mobile games on a desktop computer or laptop? Well, that’s what BlueStacks is for.

BlueStacks is a popular Android emulator that allows mobile users to play mobile games and other Android applications on a computer. With millions of users around the world, BlueStacks has arguably helped a lot of users, not just gamers, to access Android-based apps on a wider screen.

Unfortunately, some users are hesitant to use the BlueStacks app player because some antivirus applications detect it as a threat. Some users think it is safe, while others experienced some security concerns about the Android emulator. The question is: is BlueStacks safe for Windows or your macOS PC?

Before we go into the detailed discussion about the security concerns regarding the use of BlueStacks, let us take a look first at what this app exactly does, how it is installed and used, and the people behind this app.

BlueStacks is a free Android emulator for Windows and macOS and it is currently one of the most popular emulators out there. In simple terms, an Android emulator is an app that allows desktop users to run Android games and applications that were originally designed for mobile use. For example, BlueStacks enables users to run Candy Crush, PUBG, Plants vs Zombies, Temple Run, and other mobile-only games on a computer.

Although the app focuses on gaming, it can also be used to run messaging apps such as Viber and Snapchat, as well as social media apps like Instagram, which can only be run using a mobile device.

According to BlueStacks’ website, 96% of Android apps are compatible with this emulator and 86% of Android games can be run on a Windows PC or Mac using the BlueStacks App Player. This is probably the reason behind the popularity of this Android emulator.

Bluestacks was a joint project created in 2011 by Intel, Samsung, AMD, and Qualcomm.

How Does BlueStacks Work?

To get the BlueStacks App Player, you can download it from the official website of the developer and install it on your computer. The latest version of this Android emulator is BlueStacks 4, equipped with intuitive game controls, its own app center, Hyper-G graphics, and AI-powered resource management for a low-latency gaming experience.

Once you have downloaded the app, sign into your Google account just like you would normally set up an Android device. Then, you can go to the app center to download the games you want to play or apps you want to run and install them. After that, you can use your mobile apps on your computer just like you do on a mobile device. Overall, BlueStacks is easy to install and use on Windows.

Despite the millions of BlueStacks users around the world, a lot of internet users are still wary of this Android emulator because of the security risk it poses. When users download and install the BlueStacks App Player, there are times when antivirus apps detect it as a threat or malware, causing concern for the users. This is true for most computers running Windows 7 and later OS versions.

Antivirus apps such as Avast and McAfee, might detect the BlueStacks installer as a virus, but further investigation will show these events as false-positive. On the other hand, Norton Antivirus, Dragon, Panda, Kaspersky, and Avira do not consider it as a threat.

While installing the app, it is normal for the BlueStacks installer to ask you to disable your antivirus software to continue with the installation. This is to prevent your overprotective security software from interfering or hindering the installation process, causing errors when running the emulator.

To minimize the risk and make sure that you are downloading the right application, get your installer from the official download page only, not from any third-party source. You can also run your security software first to scan the file you’ve downloaded to ensure that you’re not installing a malicious app. If your antivirus alerts you to a threat, do a deeper scan to determine whether it is malicious or not.

Aside from antivirus apps detecting the BlueStacks executable file as a threat, another reason why some users are wary about this Android emulator is because of performance issues. When using the app, some users experienced sluggishness with the system, particularly when the app is running in the background. In some cases, the app often freezes or crashes. Because of these performance issues, a lot of users suspect the app to be malicious.

However, these problems are common for applications that are using up too much computer resources, such as RAM, storage, and power. If you leave the app open and running in the background, you’ll notice that your system slows down considerably. This is because even if you’re not using the app, it is still consuming resources when it is not totally closed.

Frequent freezes and crashes are also caused by insufficient system and hardware credentials. If you’re using the latest version of the app, which is BlueStacks 4, you need at least 2GB of RAM, an Intel or AMD processor, updated graphics, and 5GB free disk space. This is just the minimum. You need better specs if you want the emulator to run smoothly and with no errors.

Another tip to prevent performance issues when using the app is to clean up your system regularly using a PC cleaning tool. Doing regular housekeeping keeps your operating system optimized and your apps running at their peak at all times.

Another concern that most users have with using BlueStacks involves its legality. Just like other platform emulators, BlueStacks enables users to run Android apps that were initially designed for a different platform.

Aside from BlueStacks, you might have also heard of emulators for Nintendo, Xbox, PS4, or Gameboy. What sets BlueStacks apart from other emulators is that it is completely legal. Compared to the other emulators above that include copies of copyrighted games, BlueStacks only works with Android apps, which is completely open-source. This means that BlueStacks is not guilty of piracy since Android apps are mostly free to download. BlueStacks also comes installed with Google Play Store so there are no policies violated. Users can download the apps that they want to play or use via the Google Play Store. It’s just like any other Android device.

Is BlueStacks Safe for Your Windows PC or Mac?

If you’re still wondering whether BlueStacks is safe for your computer, the answer is yes — as long as you download the installer from the official download page, your computer meets the minimum requirements to run this Android emulator, and you don’t download illegal apps using BlueStacks.

As a Journalist by profession, April Reyes has extensive experience in writing about various topics under the sun, including technology, gadgets, travel, social media, and digital marketing. If she’s not writing articles for Software Tested , she’s either watching her favorite TV series or playing video games.

The Role of AI, ML, and IoT in Digital Transformation

What is Thin Film Technology and How Important is it Today? 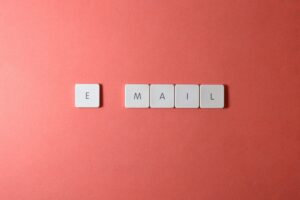