A Review Of Jewel Changi Airport

If you’re visiting Singapore anytime soon, then one of the things that you should look forward to is landing at Jewel Changi Airport. Many consider this airport to be the best international airport in the whole world. If you’ve seen pictures of the airport in the news then you may get the impression that it’s a very futuristic airport. Some may even have doubts that what they’ve seen in videos and photos are actually true. “Luxury” is probably another word that comes to mind when you first heard or seen images of the Singapore airport. In this review, you’ll learn if the hype is true or not.

The first thing that you need to know about Jewel Changi Airport is that yes, the hype is definitely real. When you land at this airport, you’ll feel like you’ve been transported to the future. Maybe you’ll even half-expect to see aliens walking around. It really is a stunning airport. But you’ll need to see it to believe it. And if you’ve seen the photos of the airport then what you need to know is that it is actually more stunning when you see it in person. All of your expectations will be exceeded when you see this airport with your own two eyes.

You probably want to know what is the cost of building an airport such as Changi Airport of Singapore. It actually cost around 1.25 billion USD to build. But when you see the airport, you’ll realize that it’s money well spent. The airport is the epitome of luxury. And there are so many attractions inside. This is one airport that you wouldn’t mind spending time exploring. So if you have a flight going in or out of Singapore, make sure that you spend at least a couple of hours in this airport. You surely won’t regret it. And because of the many attractions of this airport, you surely won’t get bored in it.

Other airports are meant for people to just pass through. But that’s not the case with Changi Airport. This airport actually encourages people to visit and to stay. Changi attracts more than 300,000 visitors everyday. It’s safe to say that it’s one of the attractions of Singapore. And speaking of attractions, be sure to visit the canopy park, the indoor garden, and the rain vortex when you’re at Changi Airport. The rain vortex in particular is probably one of the most visually-stunning attractions you’ll see anywhere. The airport has other amenities that make it worth a visit. There’s something for the whole family in this airport.

If you get hungry while exploring Jewel Changi Airport, you don’t have to worry. There are many dining options in this airport. And no matter what kind of cuisine you’re craving for, you’ll surely find it here. Shopping is another activity that people like to do in this airport. And since all of the shops at this airport are all duty-free stores, for sure you’ll get a good deal. 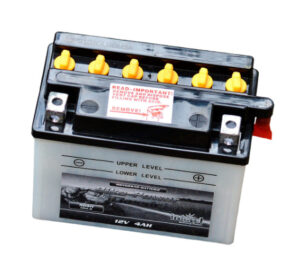 « 5 Benefits of Working with Google Partners in Singapore
Marketing Management: A Brief Introduction »