Home » Food-Beverages » Health » You are reading »

A toddler’s immune system is continually changing, adapting and strengthening in response to external factors. The food they eat helps to support their natural defenses and to build immunity so that they can fight off illness effectively. A wide range of nutrient-rich foods, as well as good sources of prebiotics, will help to build up their immunity and contribute to their long-term health. Learn how to increase immunity naturally of your child with the following-

Prebiotics help the good bacteria in your baby’s gut to thrive and a healthy level of these good bacteria help defend the body against potentially harmful bacteria. Foods like bananas, onions, tomatoes, asparagus, chicory, garlic artichokes and whole-wheat foods have prebiotics naturally in them.

Iron plays a key role in the formation of hemoglobin, the protein in red blood cells that transports oxygen around the body. It supports normal cognitive development for toddlers and a lack of it can affect the immune system. In fact, toddlers who don’t get enough iron on a regular basis can suffer from a reduced immune function, leaving them less resistant to infection. Include the following iron-rich foods in your toddler’s healthy, balanced diet to help strengthen their immune system: beans, nuts, apricots, brown rice, fortified growing up milks, fortified breakfast cereals, soya bean flour and dark green vegetables such as spinach and curly kale.

Zinc, a mineral found in all of the body’s tissue, has a number of important functions. As well as aiding the creation of new cells and the enzymes needed to support your toddler’s immune system, it also helps to heal wounds. Foods containing zinc include: milk, cheese, bread and cereal products

Vitamin D plays a part in your toddler’s immune function, growth and defense against infections. It is also linked to the prevention of allergies. Food sources of vitamin D include: fish, such as salmon and mackerel, eggs, growing up milk, fortified margarine, fortified breakfast cereals.

Vitamin C is needed by white blood cells to fight infection, and is a natural antioxidant. It helps to protect cells and keep your toddler healthy, while aiding the healing process and increasing the body’s ability to absorb iron. Support your toddler’s immune system and general health by including vitamin C-rich foods in their diet every day. These include: Peppers, Broccoli, Brussels sprouts, Sweet potatoes, Oranges and Kiwi fruit

Vitamin A supports your toddler’s immune system by playing a role in the generation of antibody responses and the function of immune cells. Your toddler can get vitamin A from: Cheese, Eggs, Fortified low-fat spreads, Yogurt, Dark green and orange vegetables and fruit. These are great immunity boosting foods. 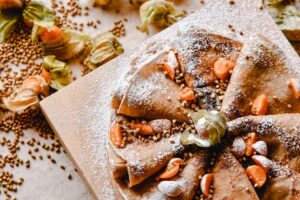 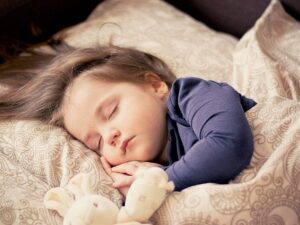 A Guide On Where Do Your Baby’s Looks Come From