How to Live the 007 Lifestyle on a Budget

Enjoy a life shaken, not stirred, for less.

James Bond is one of the most iconic characters on the silver screen. It’s not just his slick one liners and suave looks that have made 007 such an aspirational figure over the years but the lifestyle he has lived too. From fast cars and tropical destinations, through to that impeccable tailoring, Bond – James Bond – certainly lives an enviable existence. For most of us mere mortals, aping the six figure motors or the private jets is a little out of reach. However, even on a budget, it’s still possible to live that 007 lifestyle without thinking you need a loan to do it.

There aren’t many exotic locations that 007 hasn’t visited over the years. From Udaipur in ‘Octopussy,’ to Sugar Loaf Mountain in ‘Moonraker,’ the Bahamas in ‘Casino Royale,’ Istanbul in ‘From Russia With Love’ and Key West in ‘Licence to Kill,’ the range of beach, mountain and city locations used in the films is vast. While the private jets and first class flights might be a little tougher without MI5 resources behind you, there’s nothing stopping anyone from exploring these exotic locations on a budget. Flights are an expensive part of travel – the solution? Travel when the flights are cheapest – most flight websites now provide a calendar with indicative prices and you can save $100s by making your selection on the basis of price, not date. If you enjoy your accommodation with a touch of Bond class then book it via discounted sites like Secret Escapes or apps like Hotel Tonight. You can get a high roller room for half the price if you’re prepared to be a bit flexible.

“It will engage and then fire the passenger ejector seat” – those are those words spoken by Q to Bond in the 1964 film ‘Goldfinger’ and which marked the moment when 007’s cars officially became an obsession. Bond has had an impressive selection of wheels, from the Lotus Esprit S1 that went underwater in ‘The Spy Who Loved Me,’ to the Citroën 2CV in ‘Moonraker.’ However, it’s probably the Aston Martins that have seen the most love over the years. If you want a genuine Alfa Romeo GTV6 or Ford Mustang Mach 1 then $5,000 – $20,000 will secure one via a classic car website like Classiccarsforsale.co.uk. If you’re looking for a more modern version then what about the Ford Mondeo? Yes, that’s right, Daniel Craig drove a Ford Mondeo in Casino Royale (as well as the new Aston Martin DBS) – and the Ford didn’t even look out of place.

Although Daniel Craig’s Bond has often been seen without the trademark tailoring, the hallmark of 007 over the years has been that sharply cut suit. Every Bond appears in a tuxedo at some point in each film, which makes this an essential for every 007 wannabe – there are plenty on the high street, from Moss Bros to H&M. The jackets are inevitably wool, linen and silk – blue or black – and there are plenty of equally sharp cuts with cheaper fabrics to be found online. If you’re going to invest in one particular part of the James Bond look it has to be the shirt. A bespoke shirt will always set a Bond apart from a regular Joe.

The James Bond watch has become a trademark, from the Rolex Submariner in the first ever film to Daniel Craig’s Omega Seamaster 300 Spectre. If you’re not keen to shell out $10k for the originals, Seiko does some very credible alternatives. And for an almost exact copy of the Omega NATO strap worn by Craig in Spectre look for PhenomeNato, a much cheaper alternative at just $40. 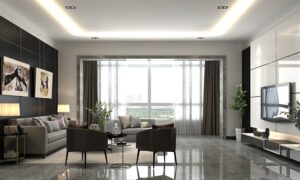 How to Decorate on a Budget?