The release of another iPhone generation is generally an anticipated event. Potential buyers are excited to try the new features of the new iPhone models when they’re released, often queuing up overnight to be among the first to get their hands on the product.

There is no announcement of this year’s new iPhone release date – yet– although they’ve always taken place in September, historically.

In the meantime, rumors about the new features and functions of the new iPhone abound. Among those lies an important development. There are unofficial reports of a new feature in the 2018 iPhone that could make iPhone users happy but may mix up the world of mobile carriers.

The latest speculation is that the next iPhone models will include an embedded Subscriber Identification Module or ’eSIM,’ as well as the standard hardware SIM slot we all know and ‘love’.

The eSIM could means that the new 2018 iPhone owners won’t need to buy a physical SIM ever again, will have access to Apple’s first Dual SIM device and may even be able to buy phone plans from Apple themselves.

Beyond the specific Apple device, the eSIM seems set to become the new standard with incredible growth forecast for devices containing an eSIM and is a harbinger of change for the entire industry. Here’s why.

What is an eSIM?

The eSIM is an embedded SIM. It has a number of other names too. You may hear it called an embedded Universal Circuit Card (eUICC), Remote SIM, Virtual SIM or any one of half a dozen other very similar monikers.

The eSIM is a chip or integrated circuit that is soldered directly to the motherboard, during the manufacturing stage of the phone. In operation, it does what the current SIM card does. It connects you as a user, through your phone to the phone company’s cellular phone network and their billing system. SIM cards have always allowed you to make and pay for calls – it’s their core purpose. The eSIM simply facilitates the same things, but is updated with the settings it needs ‘Over The Air.’ (See below.)

To users, the effect is a fundamental one. Instead of having to go to the shops to get a physical SIM, the eSIM lets them connect to a phone company and plan from ‘Settings’.

There are benefits to the manufacturers, too. With an eSIM device designers don’t need to allocate space within the chassis of the product or include a physica tray for a SIM card. That saves space, weight and cost in manufacture.

The characteristics of an eSIM

It is a non-replaceable chip: The eSIM, which is about 6mm long and 5mm wide, slightly smaller than an existing SIM. It cannot be removed from the phone like the SIM card.

Programmed Over The Air (OTA): The eSIM can be remotely programmed “over the air” to connect to your chosen wireless service provider. This year’s iPhone users won’t need to get a wireless provider’s SIM card to be connected to that network.

Open to working with multiple carriers: The GSMA standard is that eSIMs include information to support multiple operators at the same time. This is the feature that most likely makes the major Telcos worry. eSIMs make it much easier for them to lose you as a customer.

The eSIM is seen as an innovation that will greatly benefit the consumer. Generally, the eSIM will help users in the following ways:

Lower roaming cost: eSIM users will be able to easily connect to and use a local network service provider when traveling overseas to another country.


Better competition means lower prices for consumer phone plans: eSIMs make it easy to compare phone plans and to switch to another carrier, without getting another SIM card. eSIM / iPhone users will be able to use the phone’s setting to switch to any new network service provider they want to.


More likely to stay out of contract
With the traditional SIM card, consumers usually choose the phone model promoted by the phone company and provided under contract. More than 70% of users are now outside telco contracts. The eSIM gives consumers more freedom to choose a mobile phone before deciding on the network company.

Will Apple Become a Phone Company?

eSIMs are definitely in the future of mobile devices. If Apple will have an eSIM in their 2018 iPhones, it is likely to reduce the network carriers’ hold on the consumers, lower prices and increase competition.

The eSIM in the 2018 iPhone may also end the long-standing relationship between Apple and the Telcos. Could Apple be using the eSIM to turn itself in to a phone company?

Some industry insiders suggest that Apple may use this opportunity to become a phone company, itself. There are many phone companies which do not own their own network. In the industry, they’re known as MVNOs – Mobile Virtual Network Operators. It’s more than possible for Apple to sign up and start selling phone plans under its own brand, if it wants to.

The eSIM will not roll out overnight

The eSIM is not a glamorous aspect of a phone but it is important. In fact, it may well be the most disruptive feature of this year’s iPhone.

Apple care a great deal about the experience their customers have. The company has already shipped one product with an eSIM inside it – last year’s Apple Watch – which would have given them a chance to work out any process problems that users had while they were setting up.

Mobile operators will be worried about losing their control over subscribers in an eSIM world. However, despite the excitement about eSIM, its widespread adoption will not happen overnight. Telcos still have time to think of new services to offer once the eSIM is installed in an increasing proportion of mobile devices worldwide. 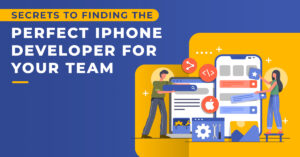 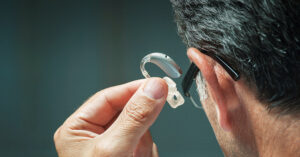 Top Features of a Hearing-impaired Phone That Are Actually Useful 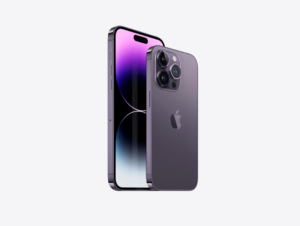 How to Take Professional Photos of Your Real Estate with an iPhone? 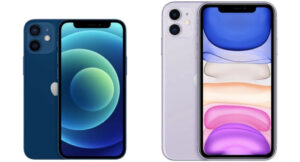